The messy, secretive reality behind OpenAI’s bid to save the world

The AI moonshot was founded in the spirit of transparency. This is the inside story of how competitive pressure eroded that idealism. 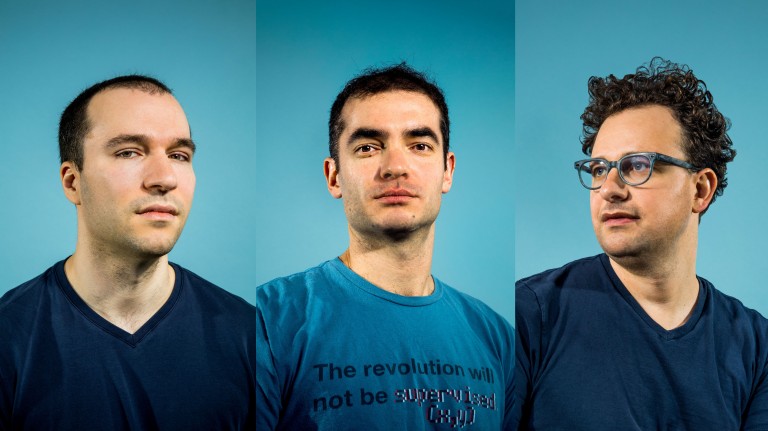 Amazon founder Jeff Bezos announced Monday he would donate $10 billion to combat climate change, marking one of the largest individual philanthropic commitments ever to the crucial environmental...

The details: "This global initiative will fund scientists, activists, NGOs – any effort that offers a real possibility to help preserve and protect the natural world," Bezos, the world's richest person, said in an Instagram post unveiling the Bezos Earth Fund.

It appears he will donate the money to researchers and advocacy groups, rather than investing it into startups and other for-profit ventures tackling climate change, Axios reported. The money will come out of his personal fortune, not from Amazon (though never fear, it won't make much of a dent in his roughly $130 billion net worth).

How should he spend it?: Clearly, the impact of those funds will heavily depend on where, when and how he puts the money to work. Bezos said he'll begin issuing grants this summer, but didn't provide any additional details on the specific areas he intends to focus on.

Not that he asked, but for our money, Bezos' largess may provide the biggest bang by targeting two main areas: First, supporting groups lobbying for policies like carbon taxes, subsidies or emissions mandates that would accelerate the rollout of existing clean energy technologies like solar, wind and electric vehicles, or directly backing the politicians pushing them. Second, funding early stage academic or national lab research and development in areas where we still haven't developed affordable and scalable ways of eliminating or canceling out the greenhouse gas emissions driving climate change.

Those could include: large-scale energy storage technologies to balance out fluctuations in wind, solar and other clean energy sources; methods for reducing climate pollution from fertilizers, livestock and other parts of our agricultural systems; and improved tools for capturing emissions from power plants and factories, or removing it from the atmosphere and permanently storing it.

Growing climate pressures: Bezos is adopting a different approach from Microsoft cofounder Bill Gates, the world's second richest individual, on climate issues. In 2016, Gates created a $1 billion climate fund with other major investors dedicated to supporting startups already developing products that could address some of the hardest technical challenges in clean energy.

The creation of the Bezos Earth Fund comes as a growing number of major businesses unveil plans to curb or offset emissions, amid mounting pressures from investors, politicians and the public. Indeed, Amazon has faced growing criticism from its own employees, as well as outside activists, for not doing nearly enough so far to address the rising dangers of climate change.

The news: A new study has found that risk-assessment algorithms are sometimes better than people at predicting whether a criminal will be rearrested within two years of leaving jail. But neither are...

The research: Researchers at Stanford University and the University of California, Berkeley tried to recreate a 2018 experiment which found that humans with no training were just as good as a widely-used risk-assessment software program called COMPAS. Risk-assessment algorithms are trained on historical defendant data and are supposed to help judges determine whether a defendant should be kept in jail or be allowed out while awaiting trial. (We went into some of the problems with them in this interactive piece last year.)

Test the humans: The team used a dataset of COMPAS risk assessments covering about 7,000 real defendants and used it to create profiles for each one. These profiles were showed to 400 laypeople recruited through the Amazon Mechanical Turk, asking them to decide if they thought the person would commit another crime. The 2018 study found COMPAS was accurate about 65% of the time, and humans were closer to 67%. This new study managed to closely replicate these results.

New tweaks: But this time the original experiment was changed and extended. For example, the team tested if revealing more information about defendants, giving or withholding feedback after each round and looking just at violent crimes made a difference. The results showed that if the humans didn't get feedback on their prediction accuracy or if they were given lots of extra information about each defendant, the algorithm was more accurate each time. The authors note that in real life, humans rarely get immediate feedback on their decisions regarding defendants and so this might be a more realistic comparison. The research is described in a paper in Science Advances.

Bias abounds: One thing seems to be clear: inaccuracy and bias creep into predictions regardless of whether they’re being made by humans or algorithms. However, the difference is one of accountability. Where people can appeal against judges’ decisions, it’s much harder to contest decisions made by algorithms, which are gradually being used for more areas of official decision-making beyond justice, like housing and schooling.

The solution?: That’s part of the reason why there’s so much work underway to try to make algorithms explainable, although this isn’t necessarily the panacea people think it is—and can actually make things worse by leading us to over-trust statistical models. Campaigners in Europe have managed to rein in “government by unaccountable algorithm” in a few high-profile cases, but without data privacy laws, it’s even harder to push back against these sorts of programs in the US.

Read next: Can you make AI fairer than a judge? Play our courtroom algorithm game.

The news: China has launched a national cloud learning platform and started broadcasting primary school classes to ensure the country’s 180 million students can still keep learning even though schools...

School on TV: The approach differs by age. Primary school classes are being broadcast on one of China’s state TV channels. Junior and senior high school students in China can use an online learning platform which has 169 lessons covering 12 subjects for the first week, based on the national curriculum. Teachers will keep updating the platform with new materials as needed.

Bandwidth: The government has enlisted the China's three biggest telecoms operators—China Mobile, China Unicom and China Telecom—plus tech companies like Huawei, Baidu and Alibaba to back up the platform with 90 terabytes of bandwidth and 7,000 servers, ensuring up to 50 million students can use it simultaneously, according to state broadcaster CCTV News. About 600,000 teachers have also been using a livestreaming service called Dingtalk, built by Alibaba, to conduct online classes, the company said (although it has apparently not gone down so well with many students.)

Read next: China has started a grand experiment in AI education. It could reshape how the world learns.