The 10 Breakthrough Technologies for 2020

Our annual list of technologies that will have a major impact on the world. 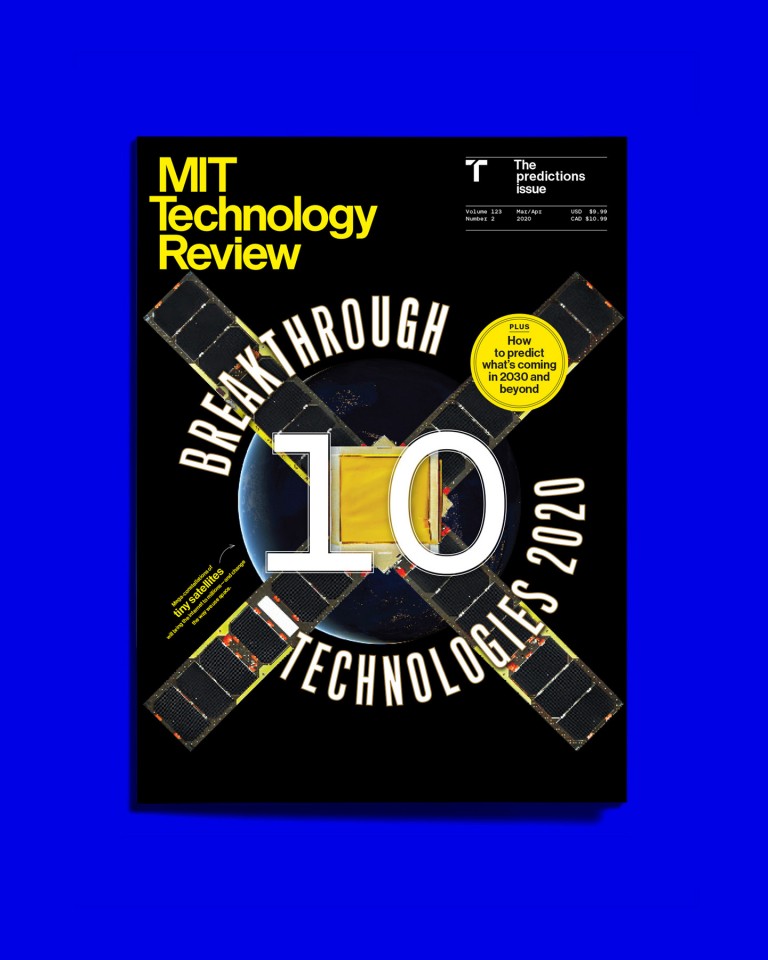 01.
We’re not prepared for the end of Moore’s Law
It has fueled prosperity of the last 50 years. But the end is now in sight.
02.
Inside the race to build the best quantum computer on Earth
IBM thinks quantum supremacy is not the milestone we should care about.
03.
If DNA is like software, can we just fix the code?
In a race to cure his daughter, a Google programmer enters the world of hyper-personalized drugs.
04.
An elegy for cash: the technology we might never replace
Cash is gradually dying out. Will we ever have a digital alternative that offers the same mix of convenience and freedom?
05.
How satellite mega-constellations will change the way we use space
And wherever humans go, they’ll be taking satellite constellations with them to moon and Mars.
06.
Five forces that will shape the future
These are the big trends of the coming decades that need to be considered for any new technologies to be successful.

Astronomers have detected the biggest explosion in the universe

The news: Astronomers have detected the biggest explosion in space that’s ever been observed. The massive eruption occurred in the Ophiuchus cluster, about 390 million light-years from Earth, where...

What is it? It is believed to have been caused by a supermassive black hole in the cluster’s central galaxy, according to a new study in The Astrophysical Journal. Black holes sometimes expel huge amounts of energy and matter in the form of two perpendicular jets. This particular event was so big it smashed a gigantic cavity in the gas around the black hole. This cavity is now filled with radio waves created by electrons that the jet had accelerated almost to the speed of light.

How big? To give a sense of the scale of this weird hole in space, you could fit 15 Milky Way galaxies in a row into it, says lead author Simona Giacintucci, director of research at the Naval Research Laboratory in Washington, DC. The explosion is now over, according to the radio data.

How it was discovered: The finding was made thanks to a combination of x-ray data from NASA’s Chandra X-Ray Observatory, Europe’s XMM-Newton space telescope, the Murchison Widefield Array in Australia, and the Giant Metrewave Telescope in India. Researchers noticed unusual activity in the Ophiuchus cluster back in 2016 using data from the Chandra telescope, but the cavity was so large, and would have required so much energy to form, that they initially didn’t think it was feasible.

Reinforcement-learning AIs are vulnerable to a new kind of attack

Adversarial attacks against the technique that powers game-playing AIs and could control self-driving cars shows it may be less robust than we thought.

But it restricts some of the tools we may need to rapidly cut greenhouse-gas emissions.