Tomorrow is Election Day in the US, which means we’ve reached peak political saturation: Americans are being hit with constant news alerts, a torrent of punditry and campaign ads on television, and even warring yard signs. The stakes are high, and we’re all struggling to figure out what’s fact and what’s fiction.

Elections 2020: How to be a good citizen online

Kids and teens are no different. Being young has never been easy, but it’s especially tough when social media, television programs, and maybe even the adults in your life often twist truth into misinformation.

Here are some tips for grownups and young people alike for how to talk with someone about misinformation and make sure the information you’re getting and sharing is true.

How to talk to kids about misinformation

We don’t know much about how kids are affected by conspiracy theories and misinformation. “There is so little research examining conspiracy beliefs in younger people,” says Karen Douglas, a professor of social psychology at the University of Kent and the mother of two teenagers. The literature has made clear that more education helps shield people against misinformation, and that same logic probably applies to kids, who may be likelier to believe misinformation the younger they are. Douglas is developing a psychometric scale to measure conspiracy theory belief in adolescents, but until then, we won’t quite know how kids take in misinformation—which makes fighting against it more difficult.

Be age appropriate. Not all kids are ready to handle the graphic details of George Floyd’s murder or the systemic racism underlying it, for example. Nor should they be if they’re younger than tween-age, says Tanner Higgin, the director of education editorial strategy at CommonSense Media. “For kids under seven, don’t involve them in political discussions or worrying about issues,” he says. Younger kids need to know they are safe and parents are keeping them safe, and worrying them—especially during a pandemic, when they have less contact with their friends—will backfire.

That said, don’t sugarcoat. If you’ve got a particularly precocious, mature kid who’s asking pointed questions and can digest information without spiraling into anxiety and worry, be clear and honest. Lying won’t help kids who will undoubtedly find out the truth elsewhere. “Even toddlers can understand how not telling the truth, or basing decisions on bad information, can be harmful,” says Peter Adams, the senior vice president at the News Literacy Project. “They can also understand foundational journalistic concepts like fairness or the importance of accuracy. You just need to tailor the examples or themes you employ to make this real to them.”

Try introducing a "lite" conspiracy theory. This might go against logic, but Douglas says that doing so is important, especially for more gullible little ones: “Once they believe in conspiracy theories, these beliefs are difficult to correct.” Protect against that by introducing a weak version of the misinformation before they’re exposed to it in the real world, and debunking it with them. This helps kids understand what’s problematic about the reasoning, so when a more persuasive conspiracy theory comes along, they’re able to step back and question it.

How to fight misinformation at any age

Be wary of reposts. “If a claim or screenshot is crossposted to a different platform, it could be a sign that it’s missing context,” Alexa Volland says. She knows: Volland trains teen fact checkers across the United States with MediaWise’s Teen Fact Checking Network (a collaboration between the Poynter Institute and the Google News Initiative). She’s seen plenty of Instagram stories featuring screenshots within a screenshot, or screenshots of tweets posted within an Instagram story or TikTok. Solution: Go to the original platform and check out what that person was saying before sharing.

Reverse image searches are your best friend for meme checks. On social media, people sometimes post striking images that they think are about a particular news event but actually have nothing to do with that incident. Volland says that doing a simple reverse image search is one of the easiest, fastest ways to check if a viral image is really what it purports to be.

Ask yourself who is behind the information. Look at the organization or person who originally shared the story and think about their possible incentives. What do they stand to gain from the information that was shared? They may be motivated to twist the truth in ways that can lead to misinformation.

Get proof. Be your own fact checker and try to verify the information to the best of your ability. Consider: What is the evidence? Are there links to sources? Are those sources reliable? And are multiple other sources saying the same thing? Sites like FactCheck.org and PolitiFact might be useful here.

Check your own bias. Hello, confirmation bias: If you have a strong reaction of “Ugh, that’s disgusting!” or nod vigorously in agreement with a post, step back. “If it’s a claim that sparks an intense emotional reaction, that can translate into validation,” Volland says. That makes us more likely to believe misinformation.

Check for context. Volland says a lot of the misinformation that goes viral on social media pulls images out of context for memes. For example, her group debunked a viral image supposedly about recent Black Lives Matter protests that misled viewers with images from protests in Ferguson, Missouri, a few years ago. 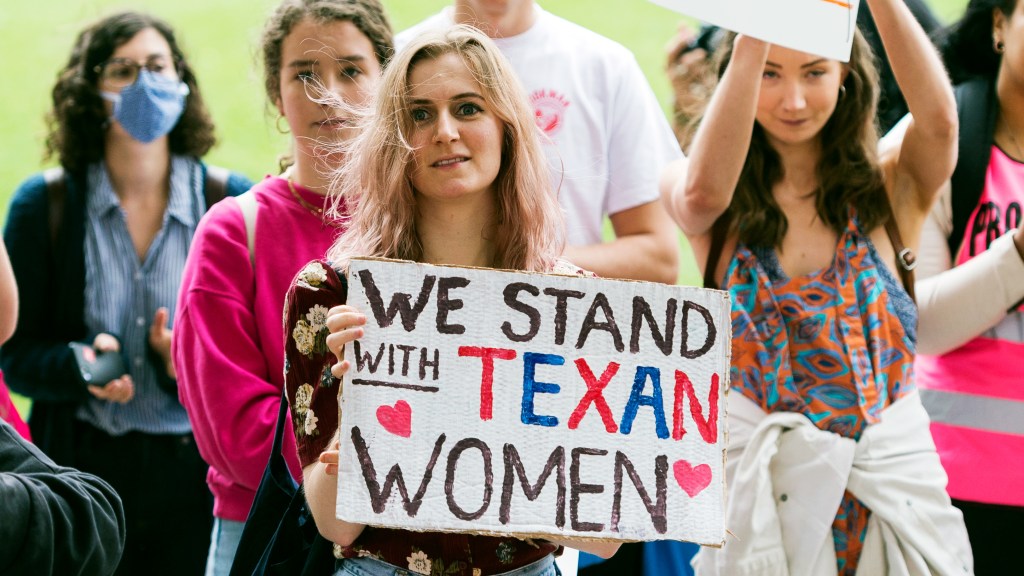 Activists are helping Texans get access to abortion pills online

After the state passed a law that effectively criminalizes abortion, activists stepped in.

Go private. Nobody likes being attacked, whether it’s at the dinner table or in the comments section on Facebook. Talk to someone who might be misinformed privately and separately, whether it’s in DMs or in person away from others.

Seek other perspectives. “We tend to read an article up and down but it’s important to open up multiple tabs and get out of your echo chamber,” Volland says. That means going to a news source that might lean the opposite way you tend to, or reading the tweets and press releases of politicians you disagree with. It might be hard, but it will make you more well-rounded and help you know what’s true and what’s inflated.

Check the comments. The comments section will often do a lot of the work in determining whether something is true or not by pointing to alternative sources, and it can be a fast, easy way to see if the post has been flagged by others as suspicious or misleading.

Conversation means meeting the other person halfway. As we’ve said before, being kind is ultimately the most powerful way to talk about misinformation. Attacking people for their beliefs can cause them to double down. Volland suggests “swapping sources” when a news story comes under dispute. Another tip: If a person is skeptical of a news source, presenting information from that source won’t be persuasive. Volland suggests instead seeking out a source you both can agree on and finding information there.