These “xenobots” are living machines designed by an evolutionary algorithm 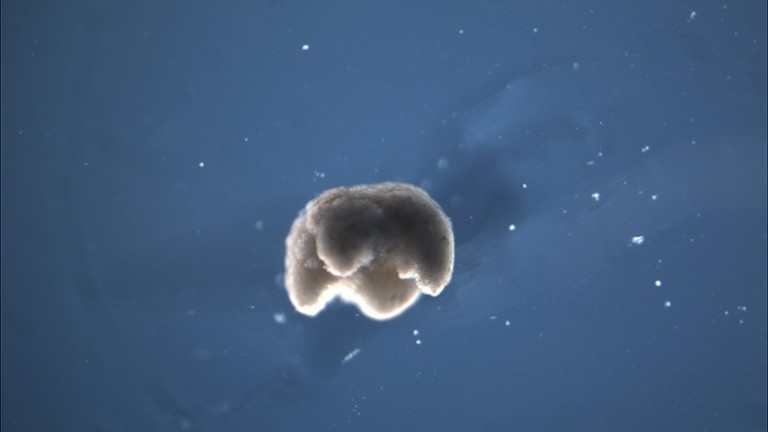 Meet the xenobots: Tiny living robots have been created using cells taken from frog embryos. Each so-called xenobot is less than a millimeter across, but one can propel itself through water using two stumpy limbs, while another has a kind of pouch that it could use to carry a small load.

Okay, but ... why? The early research, published in Proceedings of the National Academy of Sciences, could help the development of useful soft robots that can heal themselves when damaged. Because they are made of living tissue, they also decay once they stop working. The researchers, from Tufts University, the University of Vermont, and the Wyss Institute at Harvard, hope such living robots could one day be used to clean up microplastics, digest toxic materials, or even deliver drugs inside our bodies (although this is obviously still all a long way off).

How are they made? The robots are constructed from heart cells, which spontaneously contract and relax like tiny pistons, and skin cells that provide more rigid structure. Once it is set loose, a robot’s cells have enough energy to keep it wriggling and squirming for up to 10 days.

Intelligent design: The xenobots were created using an evolutionary algorithm, which mimics natural selection by generating potential solutions and then repeatedly picking and mutating the most promising ones. The algorithm conjured thousands of random configurations of between 500 and 1,000 skin and heart cells and each one was tested in a virtual environment. Many were useless lumps. But those that showed potential—such as being able to move—were tweaked and used to seed the next generation. After running this process 100 times, the researchers built the best designs out of living cells.

Are there ethical concerns? This first crop of xenobots are very basic. But future versions could be made with nervous systems and sensory cells—even rudimentary cognitive abilities—which would allow them to react to their environment. It is far from clear whether we should treat such robots as machines or living creatures.