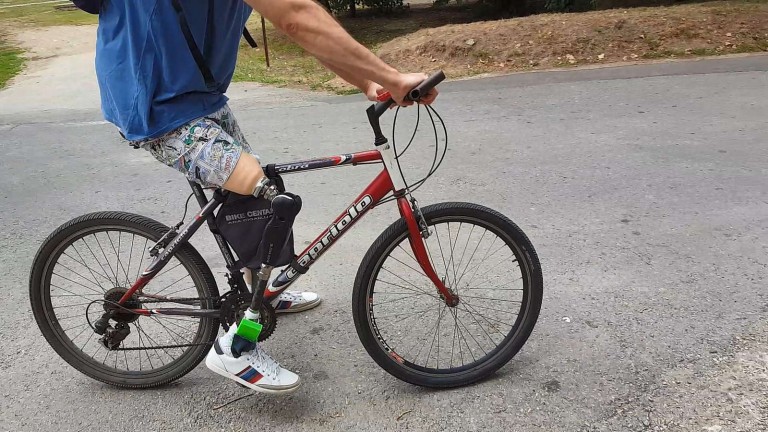 The prosthesis tries to replicate the nervous system’s feedback loop.

The issue: People who walk on both legs rely on constant feedback between their nerves and their brain to get around. But people using a prosthesis don’t have this brain-foot loop, which can make harder to walk confidently. A new bionic prosthesis, developed by researchers from ETH Zurich and the Universities of Belgrade and Freiburg, and described in Nature Medicine today, tries to make it easier for amputees to get around by letting them “feel” surfaces again.

How the system works: The researchers implanted four tiny electrodes into the residual nerves in the amputees’ thighs. The team developed algorithms to translate the data coming from sensors in the “knee” of the prosthesis and sole of the shoe into electrical signals. The brain translated these signals, helping the user adjust their gait accordingly.

The results: The volunteers underwent a series of tests over three months, alternating trials with and without the neurofeedback. They found that walking with neurofeedback was much less physically and mentally demanding. There have been several tests of prosthetic sensory feedback systems in both humans and rats, but this is the first to demonstrate this sort of feedback restoration in above-knee amputees in real time.

Next steps: The volunteers were tested for three months, but this study is still just a proof of concept. It needs to be tested for longer on many more amputees. If that is successful, the hope is to make it a permanent implant for patients.