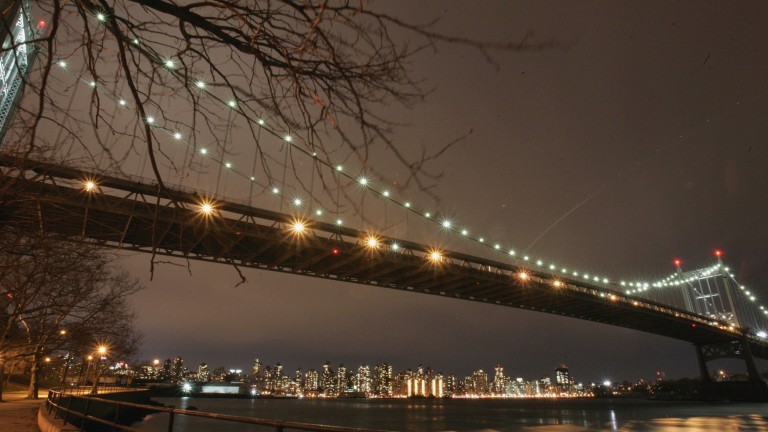 Face recognition proved totally unable to identify the faces of drivers in the city, according to the Wall Street Journal.

The trial: An internal e-mail from the Metropolitan Transportation Authority seen by the WSJ included the details of the trial at the Robert F. Kennedy Bridge last year. Cameras attached to the bridge were supposed to capture and identify the faces of drivers through their windshields as they passed, matching them against government databases.

The results: But the document, from November of last year, says that the “initial period for the proof of concept testing at the RFK for facial recognition has been completed and failed with no faces (0%) being detected within acceptable parameters.” That’s no faces accurately identified. Oops. Despite the failure, more cameras are going to be positioned on other bridges and tunnels, according to a spokesperson.

Controversy: Face recognition is rightly controversial. As well as its potential as a tool for mass surveillance, it has been shown to misidentify non-white faces and women. Last week a letter by prominent AI researchers called on Amazon to stop selling its face recognition software to law enforcement. Lee Rowland, policy director at the New York Civil Liberties Union, told the WSJ that face recognition coupled with the gathering of drivers’ licence plate data “represents a sea change in our government’s ability to track us.”

Apart from that, the failure of the NYC trial so far also suggests that the technology is perhaps not quite as game-ready as some of its more bullish advocates would suggest.