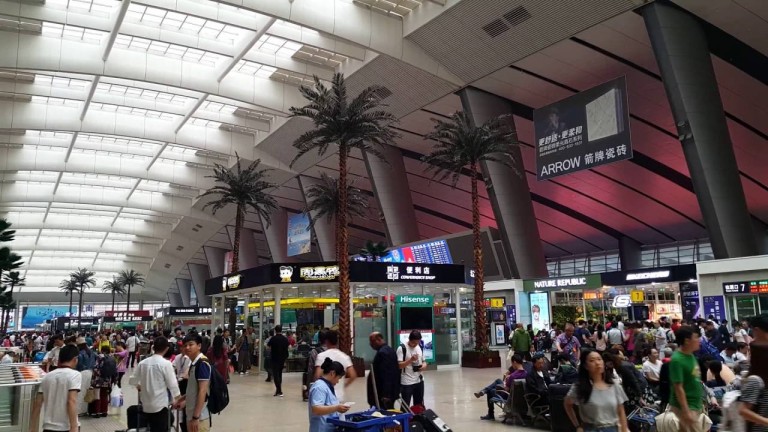 China blocked millions of would-be travelers from purchasing plane or train tickets last year as part of its “social credit” system, according to the Associated Press.

Travel bans: Chinese courts banned people from buying flights 17.5 million times and train tickets 5.5 million times in 2018, according to the National Public Credit Information Center. The individuals attempting to make the purchases were stopped because they had been blacklisted for social credit offenses. The AP also reports that 128 people were prevented from leaving the country last year because of unpaid taxes. The center’s report said authorities collected over 14 million data points on “untrustworthy conduct” last year. Examples include unpaid loans and false advertising.

The social credit system: It was launched in 2014 and is currently being piloted by local authorities around China. The system is set to be rolled out nationwide by 2020, giving all citizens and companies a personalized score. Its aim is to encourage trustworthy behavior though a mix of penalties and rewards. Offenses can include failure to pay taxes or fines, or taking drugs. Penalties include restrictions on travel, business, or access to education. Companies can lose access to bank loans or be dropped from government contracts. An oft-repeated slogan for the scheme: “Once you lose trust, you will face restrictions everywhere.”

Controversial: In the West, the system is highly controversial, and often portrayed as an AI-powered surveillance regime that violates human rights. But is it as Orwellian as it sounds? The South China Morning Post recently reported that it has been welcomed by many citizens as a way to crack down on fraud and public health failures.