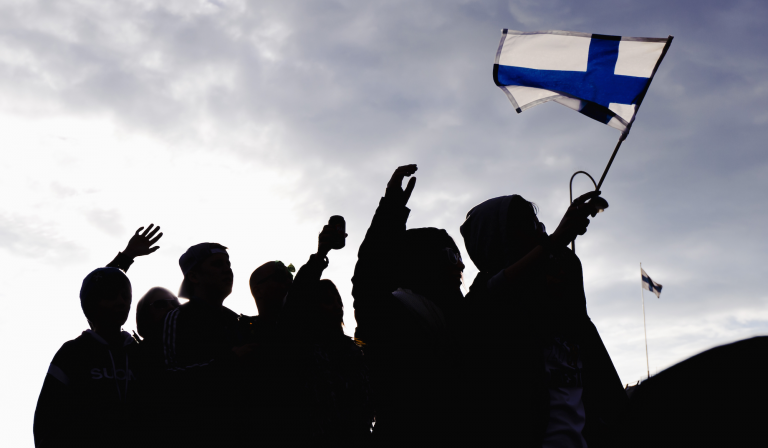 In the era of AI superpowers, Finland is no match for the US and China. So the Scandinavian country is taking a different tack. It has embarked on an ambitious challenge to teach the basics of AI to 1% of its population, or 55,000 people. Once it reaches that goal, it plans to go further, increasing the share of the population with AI know-how. The scheme is all part of a greater effort to establish Finland as a leader in applying and using the technology.

Citizens take an online course that is specifically designed for non–technology experts with no programming experience. The government is now rolling it out nationally. As of mid-December, more than 10,500 people, including at least 4,000 outside of Finland’s borders, had graduated from the course. More than 250 companies have also pledged to train part or all of their workforce.

At the heart of the economic push to up-skill Finnish workers is another push to create a more informed democracy. That was what prompted Teemu Roos, the mastermind behind the course and an associate professor of computer science at the University of Helsinki, to begin the project in the first place. He wanted to equip voters with the necessary information to weigh in on how the country should invest in and regulate AI.

It’s a noble strategy for tackling a problem that countries are facing around the world: inadequate public comprehension of a technology whose development needs to be governed carefully. In the US in particular, a study published last week by the Center for the Governance of AI at Oxford University found that many Americans don’t realize the nature or prevalence of AI—that it’s behind Facebook’s photo-tagging capabilities and Netflix’s recommendation engine. Policymakers are equally confused about the technology’s scope and capabilities, as they demonstrated when Mark Zuckerberg testified in front of Congress in April of last year. Without a grounded understanding, the US risks regulating AI too obtusely—either unintentionally curbing innovation or failing to mitigate consequences.

So in the process of asserting its participation in the global AI economy, Finland is advancing its leadership in another way: by showing other countries how to make the AI revolution more inclusive. Now it’s up to the rest of the world to follow.

This story originally appeared in our AI newsletter The Algorithm. To have it directly delivered to your inbox, subscribe here for free.