Countries are slamming their borders shut again. Since the omicron variant was discovered in southern Africa and reported to the World Health Organization last week, more than 50 countries have imposed border controls. They target mostly South Africa and Botswana, which reported the first cases, but also neighboring countries in the region.

The aim was to stop omicron from spreading, but these bans are too little, too late. Omicron has now been detected in 24 countries, including the US, Israel, Australia, Saudi Arabia, Hong Kong, and many in Europe, including the UK. Crucially, some of these cases predate South Africa’s sounding the alarm—omicron was already in the Netherlands a week before, for example. Oliver Pybus, co-director of the Oxford Martin School Program for Pandemic Genomics, told The Guardian that the evidence suggests omicron has been circulating since late October.

The moral of the story? Blanket travel bans don’t work, says the WHO. 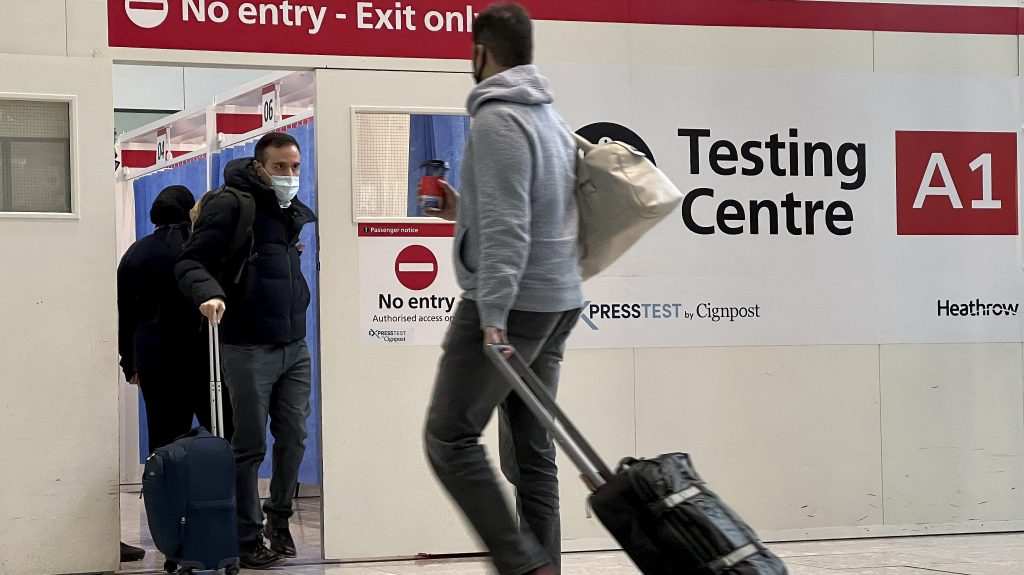 The variant has caused alarm and immediate border shutdowns—but we still don't know how it will respond to vaccines.

“Blanket travel bans will not prevent the international spread, and they place a heavy burden on lives and livelihoods. In addition, they can adversely impact global health efforts during a pandemic by disincentivizing countries to report and share epidemiological and sequencing data,” the organization said in a statement on December 1.

Short-term bans can help to buy time if they are imposed very early, giving under-resourced countries a chance to put public health measures in place. But by the time the virus is circulating freely in multiple countries, they are invariably too late to make a difference. Last year the CDC admitted that the travel bans put in place by the Trump administration during the pandemic’s early stages came in far too late to be effective—the virus was already widespread in the US by that point.

A modeling study published in Nature in January 2021 looked at the effect of international travel bans on the pandemic and found that while they helped reduce incidence of covid spread in the early stages, they soon had little impact, with international travelers forming a very small proportion of a country’s new cases.

In fact, travel bans don’t solve the problem—they just postpone it, says Raghib Ali, an epidemiologist at the University of Cambridge, UK. Better testing is a far more effective measure.

“We need a balanced and proportional response. That means no travel bans, but testing and quarantine for people coming from countries where omicron is circulating,” says Ali.

The travel bans could have another negative knock-on effect: cutting South Africa off from the scientific supplies it needs to do the genomic surveillance that could elucidate the impact of omicron in real-world settings. Tulio de Oliveira, a bioinformatician at the University of KwaZulu-Natal in Durban, South Africa, told Nature: “By next week, if nothing changes, we will run out of sequencing reagents.”

The bigger fear is that the treatment of southern African countries will lead other countries to conclude that if you detect a new variant, it’s best to keep it to yourself.

“They see others getting penalized for spotting a new variant, and that might put them off sharing the data we need. That’s not a theoretical possibility; it’s very real,” says Ali.

Omicron won’t be the last variant of concern. When the next one hits, we need countries to share what they know as soon as possible. Blanket travel bans put that openness in danger.

Rather than reducing the burden of housework, they tend to become yet another thing to worry about