A man with a brain implant that allows him to control computers via mental signals says he is ready to challenge Elon Musk’s neuroscience company Neuralink in a head-to-head game of Pong—with a monkey.

Neuralink is developing advanced wireless brain implants so humans can connect directly to computer networks. In April, researchers working with the company showed off videos of a rhesus monkey named Pager who can play the classic paddle game using thought signals. The company’s monkey MindPong video won raves from Musk acolytes, who acclaimed it as the billionaire's latest mind-blowing deed. 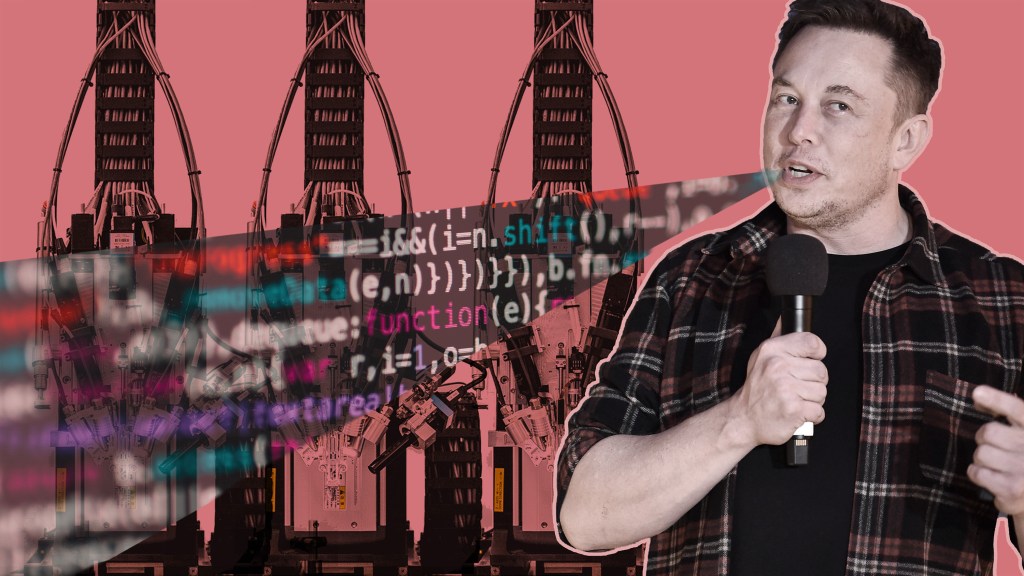 Elon Musk’s Neuralink is neuroscience theater
Elon Musk’s livestreamed brain implant event made promises that will be hard to keep.

“As soon as I saw it I said, ‘I wonder if I could beat that monkey,’” says Nathan Copeland, who six years ago received a different type of implant that he regularly uses to play video games.

Copeland was hurt in car accident and now can’t walk or move his fingers. He does retain movement in his shoulder, and he can operate a computer and trackpad by typing with the side of his fist. That means he’s not totally reliant on his brain interface. “I do enjoy playing with my mind, though,” he says.

Copeland says he is now ready to challenge the monkey to the first “interspecies battle” in Pong.

“We are preparing and training already,” says Copeland, who played his first games of thought Pong this week.

A man vs. monkey mind match would do little to advance scientific understanding. What it would underscore is the promise of brain-machine interfaces to give severely paralyzed people freer access to computers and the internet for whatever purposes they need or want.

The Pong match could be held online and broadcast on Twitch, the streaming service for gamers, where Copeland has a profile and daydreams of becoming a star with thousands of followers.

Neuralink’s initial goal for its implants, as explained in a blog post last month, is “to give people with paralysis their digital freedom back” by letting them “communicate more easily via text, to follow their curiosity on the web, to express their creativity through photography and art, and, yes, to play video games.”

Copeland already uses mental commands to play video games including Sega classics like Sonic the Hedgehog. He admits it was a “tough” question whether to challenge Musk’s monkey or not. “I could get my ass beat,” he says. “But yeah, I would play.”

Copeland issued the challenge in an interview and on today’s episode of the national public radio program Science Friday, where he appeared to discuss brain interfaces.

Neuralink, a secretive company established by Musk in 2016, did not respond to our attempts to relay the Pong challenge.

Brain interfaces work by recording the electrical firing of neurons in the motor cortex, the part of the brain which controls movement. Each neuron’s firing rate contains information about movements a subject is making or merely imagining. A “decoder” program then translates the signals into a command that can be conveyed to a computer cursor.

Copeland is one of a handful of humans with an older style of implant, called a Utah array, which he uses in experiments at the University of Pittsburgh to do things including moving robotic arms. Before Copeland performs a task, he begins with a 10-minute training session so an algorithm can map firing signals from his neurons to specific movements. After such a session, Copeland says, he can think a computer cursor left or right, forward or back. Thinking of closing his hand causes a mouse click.

Beginning last March, the Pittsburgh team arranged for Copeland to use his brain implant on his own, at home, to operate a tablet computer. He’s used it to surf the web and draw pictures of a cat with a painting program. Last spring, he was using it six hours a day. “It got me through the pandemic,” he says.

The tablet is not particularly powerful, though. And he can only use it with batteries. He's not supposed to plug his brain into any device directly connected to the electrical grid, since no one knows what effect a power surge could have. “I have encouraged him to be careful what software he puts on it,” says Jeffrey Weiss, a Pittsburgh researcher who works with Copeland. “I don’t have restrictions other than not to break the thing, and don’t get malware on it. It’s just a Windows machine.”

Copeland’s interface was installed by a neurosurgeon six years ago. He has four silicon implants in all. The two on his motor cortex allow him to control a robotic arm used in experiments or a computer cursor. Another two, in the somatosensory part of his brain, allow scientists to send signals into his mind, which he registers as sensations of pressure or tingling on his fingers.

If a mind match occurs, Neuralink’s primate would have the advantage of a next-generation interface, which the company calls “the Link.” While Copeland has to attach cables to two ports on his skull, Neuralink’s implant is about the size of a soda bottle cap and is embedded entirely in the skull. It transmits the brain recordings wirelessly, via Bluetooth.

“It’s a very promising device, but it’s new, and there are many questions about it,” Weiss says. “No one outside Neuralink has been able to get a look at it.” The company has said it hopes to recruit human subjects, but that will depend on how the implant holds up in animals, including pigs, which Neuralink is performing tests on. “No one knows if it’s going to last six months or six years,” says Weiss.

The Neuralink implant also records from more neurons at one time than previous devices. The model in the monkey's brain employs around 1,000 fine-wire electrodes, whereas those in Copeland’s motor cortex are recording from about 160 motor neurons at once.

Weiss says he’s not sure who would win the Pong match and that it’s unclear whether recording from more neurons would improve control over the two-dimensional movements of a Pong paddle. “Monkeys are probably not better, but what they have is a lot of time to practice,” he says.

But Pong is as much a mind game as one of physical dexterity. As a human, Copeland would have the advantage of ingenuity: some Pong games allow the player to hit the ball at sharper angles, using risky maneuvers such as swiftly moving the paddle to intercept the ball, or striking with a corner.

Copeland began practicing this week in the Pittsburgh lab, accessing the online game Project:Pong. He hopes he can find a sponsor to back him and maybe raise funds for a new computer. After playing, he was reminded that Pong is not as easy as it looks: “I would definitely need to practice more,” he says.