On May 10, the World Health Organization added a new virus to its list of covid-19 variants of global concern. The variant, B.1.617, is being blamed for the runaway infections in India. It is the fourth addition to a list that also includes variants first identified in the UK, South Africa, and Brazil. “There is some available information to suggest increased transmissibility,” said Maria Van Kerkhove, WHO technical lead on covid-19, at a briefing.

With each new variant comes growing unease. News stories about “double mutants” and “dangerous variants” stoke fears that these viruses will be able to evade the immune response and render our best vaccines ineffective, sending us back into lockdown. But for the moment “the virus hasn’t fundamentally changed,” says Kartik Chandran, a virologist at Albert Einstein College of Medicine.

Vaccines may become less effective over time, but there’s no evidence that we’re on the brink of catastrophe. “I don’t think that there’s an imminent danger that we’re going to go back to square one,” says Thomas Friedrich, a virologist at the University of Wisconsin School of Veterinary Medicine. “We should be concerned, but not freaked out.”

Here are five reasons why we can be cautiously optimistic.

1. Vaccines work, even against troublesome variants

Early reports suggested that the current crop of covid-19 vaccines might not work as well against some of the variants, including the one first identified in South Africa (B.1.351). In lab tests, antibodies from vaccinated individuals couldn’t neutralize the virus as effectively as they could the original virus. But real-world data out of Qatar suggests that the Pfizer vaccine works quite well, even against B.1.351. Full vaccination offered 75% protection against B.1.351 infections; that’s less than the 95% efficacy reported in the trials for the original virus but still “a miracle,” says Andrew Read, a disease ecologist at Pennsylvania State University. “These vaccines are so good. We’ve got so much room to play with.”

Some variants do seem to be better at dodging our immune system, at least in lab experiments. For example, a small study posted on May 10 shows that the newest variant of global concern — B.1.617— is more resistant to antibodies from people who have been vaccinated or have previously been infected. Despite that, all 25 people who had received shots from Moderna or Pfizer produced enough antibodies to neutralize the variant. 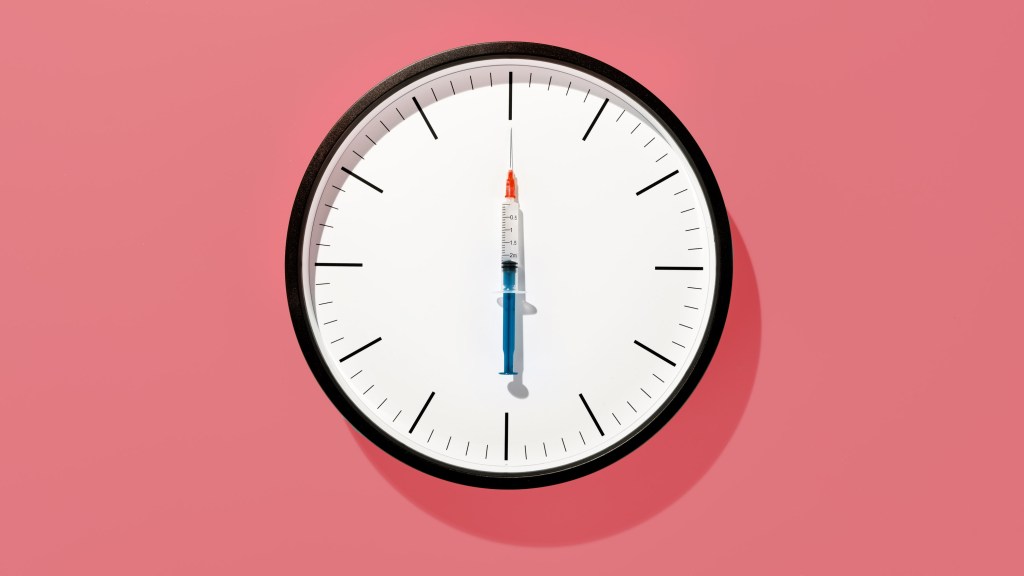 Should the US start prioritizing first vaccine doses to beat the variants?

The answer is not straightforward and the Biden administration is still opposed—but some experts think changing the vaccination strategy will save lives.

2. The immune response is robust

Scientists testing vaccine efficacy often focus on antibodies and their ability to block the virus from infecting cells. In lab experiments, they mix blood from people who have been infected or vaccinated with cells in a dish to see if antibodies in the blood can “neutralize” the virus. These experiments are easy to perform. But antibodies are “a very narrow slice of what the immune response might be” in the body, says Jennifer Dowd, an epidemiologist and demographer at the University of Oxford.

Immune cells called T cells also help keep infections in check. These cells can’t neutralize the virus, but they can seek out infected cells and destroy them. That helps protect against severe disease. And data from people who’ve had covid-19 suggests that T-cell response should provide ample protection against most of the SARS-CoV-2 variants.

3. When vaccinated people do get infected, the shots protect against the worst outcomes

A vaccine that can block infection is wonderful. But “the most important thing is to keep people out of the hospital and out of the ground,” says Friedrich. And there’s good evidence that the current vaccines do exactly that. In South Africa, one dose of the Johnson & Johnson vaccine provided 85% protection against covid-19-related hospitalizations and deaths. At the time, 95% of cases were caused by the B.1.351 variant. In Israel, where B.1.1.7 has become the dominant strain, two doses of Pfizer offered 97% protection against symptomatic covid-19 and hospitalizations linked to covid-19.

4. The same mutations keep popping up

Once the virus enters a cell, it begins to replicate. The more copies it makes, the greater the likelihood that random errors, or mutations, will crop up. Most of these copying errors are inconsequential. A handful, however, might give the virus a leg up. For example, a spike-protein mutation known as D614G appears to help transmission of SARS-CoV-2. Another, E484K, might help the virus evade the body’s antibody response. If the viruses carrying these advantageous mutations get transmitted from one person to the next, they can start to outcompete the viruses that lack them, a process known as natural selection. That’s how the B.1.1.7 variant, which is more transmissible, became the predominant strain in the US.

In the case of SARS-CoV-2, the mutations that improve the virus keep popping up in different parts of the globe, a phenomenon known as convergent evolution. “We are seeing the same combinations evolving over and over and over again,” says Vaughn Cooper, an evolutionary biologist at the University of Pittsburgh. Imagine a game of Tetris, Cooper writes in a recent story for Scientific American. “A limited number of building blocks can be assembled in different ways, in different combinations, to achieve the same winning structures.”

Cooper and some other researchers see this evidence of convergent evolution as a hopeful sign: the virus may be running out of new ways to adapt to the current environment. “It’s actually a small deck of cards right now,” he says. “If we can control infections, that deck of cards is going to remain small.”

5. If the effectiveness of the vaccines begins to wane, we can make booster shots.

Eventually, the current vaccines will become less effective. “That’s to be expected,” Chandran says. But he expects that to happen gradually: “There will be time for next-generation vaccines.” Moderna has already begun testing the efficacy of a booster shot aimed at protecting against B.1.351 (first identified in South Africa). Last week the company released the initial results. A third dose of the current covid-19 shot or a B.1.351-specific booster increased protection against the variants first identified in South Africa and Brazil. But the new variant-specific booster prompted a bigger immune response against B.1.351 than the third dose of the original shot.

That’s a relief for a couple of reasons. First, it demonstrates that variant-specific boosters can work. “I think the feasibility of these RNA-based vaccines to produce boosters is the achievement of our lifetime,” Cooper says.

But there’s another, more obscure reason to celebrate these early results. Some researchers have worried that a booster shot aimed at one of the variants might amplify the immune response against the original virus instead. This phenomenon, known as original antigenic sin, sometimes occurs when the body is exposed to a virus that is similar, but not identical, to one it has already encountered. This can happen with repeated influenza exposures. It can also occur in response to vaccination. So the fact that the Moderna booster worked better than a third shot of the original formula provides some grounds for optimism that antigenic sin won’t be as much of a hurdle in fighting SARS-CoV-2. 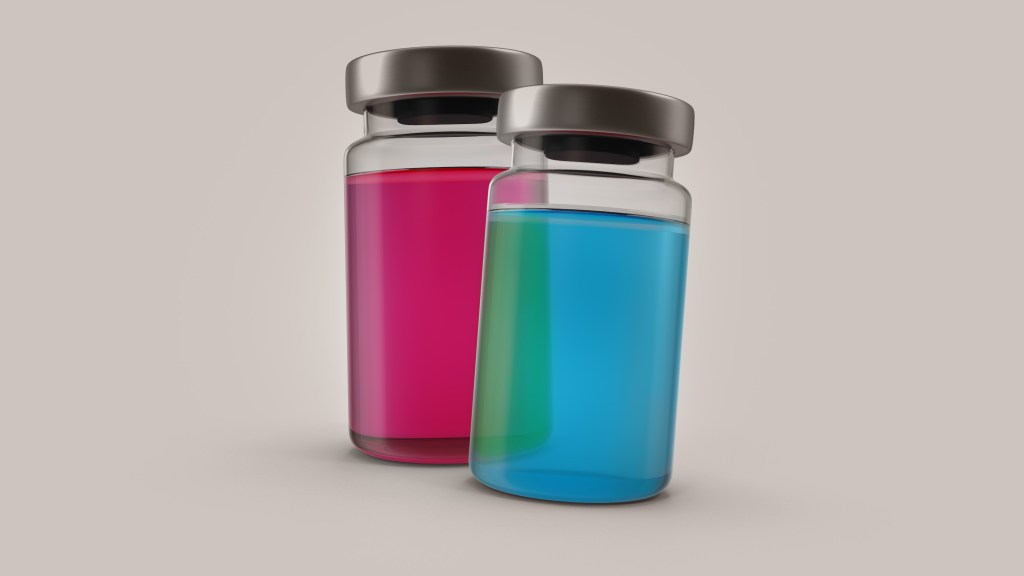 But while we don’t need to panic, now is also not the time for complacency. Just because the current crop of variants seems to be relatively tame doesn’t mean every new variant will be. “The odds are that we’re going to see a lot more of the same kinds of thing that we’ve already seen,” Chandran says. But “very rare things can happen and do happen,” he adds. “And if those rare things confer a tremendous improvement in success, they may only need to happen a couple of times.”

The surge in India is especially concerning. “That’s giving the virus a lot of chances to pull the evolutionary slot-machine handle and maybe come up with a jackpot,” Friedrich says. And while vaccine rollout has been going well in many rich countries, poorer countries may not have widespread access to vaccines until 2022 or even later. “We have these amazing vaccines,” Chandran says. “We need to figure out a way to get them to everybody.”