It began as a project Ben Vigoda developed to convince his parents. Covid-19 was just beginning to hit the US, and they—like so many other Americans—continued going about their daily lives: they took walks, they went to the grocery store, they hung out with friends.

But Vigoda, the CEO and founder of machine-learning startup Gamalon, knew it was only a matter of time before the situation got a lot worse. A Chinese-speaking coworker had been tracking the outbreak since late December, and by mid-January, Vigoda had instructed all his employees to stock up on groceries; by the end of February, he had told everyone to work from home. Two weeks later, Massachusetts, where he lived, declared a state of emergency.

So in an attempt to get through to his Baby Boomer parents, Vigoda turned to what he knew best: data. Over a series of late nights and weekends, he built a simple model to show the importance of social distancing. “This was part of me getting them to believe me,” he says, “because they were just not taking it seriously.”

His model allowed them to simulate the impact of their behaviors. If his parents continued their regular social activities, how long would it take for one of their friends to get sick? And how long to spread within their community? How many people would die in the US if everyone did the same? The simulation finally “turned the tide,” he says. 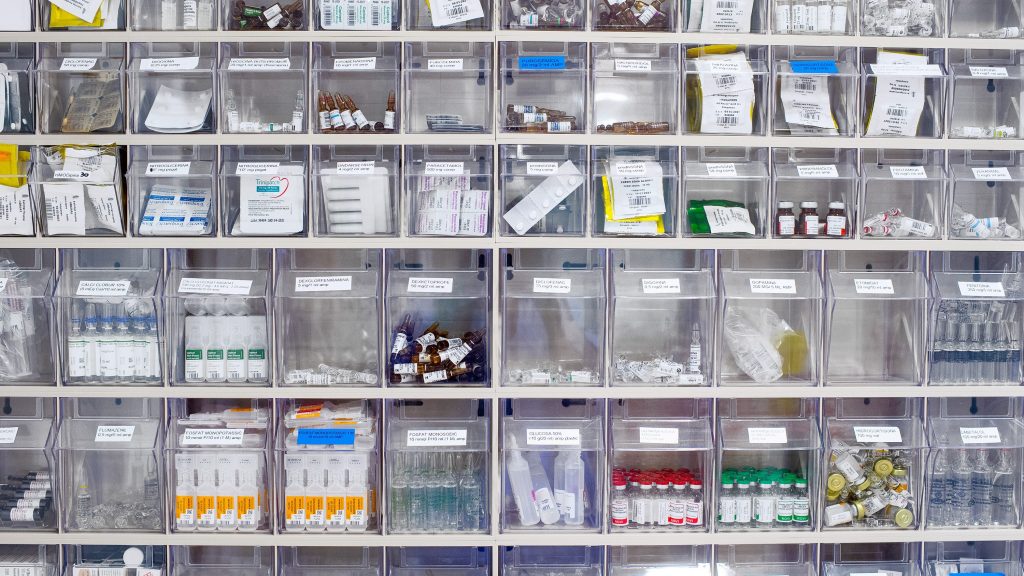 Repurposing drugs might help fight this pandemic
And they could even help with the next one.

In fact, it was so effective that it pushed him to go even further. Unable to find official guidance on how long the pandemic might last, he began pooling together whatever data he could to develop a more sophisticated machine-­learning forecast. The projections were meant only for his family, friends, and coworkers, but as he shared his results, he received consistent feedback. “There doesn’t seem to be anybody else doing this,” he recalls his friends saying. “Maybe you should actually try to get it out.”

Vigoda is now working with a small group of data scientists and other researchers to improve their open-source forecast. All of them work during off-hours from regular jobs, in between family obligations. Still, Vigoda sometimes wonders whether all the effort is even worth it. “I’m not an epidemiologist, this is not my profession, and there are probably people doing this full time who are going to put out a model any day,” he says. But despite the doubts, he pushes on, with the encouragement of his community.

“During wartime conditions,” he says, “everybody pitches in, even if they’re not experts.”

Vigoda is part of a sudden and fast-growing movement of researchers, engineers, and scientists who have mobilized in the absence of a coordinated government response to fight the US coronavirus outbreak. As the country’s caseload has soared, data scientists have scrambled to analyze global data, mechanical engineers have rushed to design makeshift ventilators, and biologists have redirected their labs’ resources to advance new tests and accelerate the development of vaccines.

Some efforts have coalesced into open-source communities on Facebook and Slack; other people have forged ahead on their own. They are driven by a restless desire to protect their loved ones and stop widespread suffering. They also recognize that they have the sorely needed expertise that could help make a dent in the pandemic’s spread. “It’s an act of service,” says Tonio Buonassisi, a professor at MIT who has been working with a team to develop a rapid covid-19 diagnostic. “I have the skills, and there is this need. This is why I entered this profession: to have an impact on the world.”

Deborah Plana, an MD-PhD student at Harvard, chose her profession to help save lives. But on March 17, the Association of American Medical Colleges issued guidance that student doctors should be pulled from clinical rotations. The suspension was meant to allow schools more time to adapt and to conserve scarce personal protective equipment (PPE) for essential medical personnel. But the decision weighed heavily on Plana.

“I know so many people at the front lines that are very likely going to get sick, and I’m just a couple of years away from [being] in that spot. In a weird way, I’m protected from it, yet so emotionally close to people who are not,” she says.  “It’s really frustrating to be told not to participate.”

Plana was not alone. She joined dozens of other Harvard medical students on the Covid-19 Student Response Team to use their medical knowledge in non-clinical ways. Recognizing how little time clinicians have to stay on top of medical literature, the team split up the most pressing questions and began researching answers. Within four days, they had produced a publicly available educational curriculum on the disease, hundreds of pages long and vetted by medical faculty. The materials have since been shared widely around the world and are being translated into other languages.

The intense push invigorated Plana, but she also worries that in the long term the effort will burn her out. “In theory, I’m still a full-time PhD student that’s supposed to be working toward manuscripts and grants,” she says. “We’re being told, ‘This is the time to be productive! Newton discovered gravity during the plague!’ It really contrasts with the urgency that I feel to be useful in any capacity.”

It’s the same feeling that led Ian Baker, a senior software engineer at Dropbox, to join a group trying to tackle the PPE shortage. When he was first forced to start working from home in San Francisco, anxiety about the crisis overwhelmed him and made it impossible for him to focus on his job. “I mean, it’s not like my job is meaningless,” he says. “However, it’s been very difficult for me to continue moving my long-term projects forward when the world is burning around me.”

Then he heard from a friend who had formed a Facebook community designing and sourcing emergency medical supplies. He joined without hesitation. “Once I had an area in which it felt like I was exercising agency, where I was doing something helpful instead of being trapped in my house and helpless to do anything, I was suddenly able to do my job again,” Baker says. “I started getting my life back on track.”

Now every day, in the hours between his job and sleep, Baker works on the PPE Link initiative, which gathers PPE donations and distributes them to hospitals and medical facilities. He leads a small group of engineers building a platform that will make it easier to match donations with need. On weekends, too, he continues writing code and coordinating work through Slack and regular remote meetings. Like Plana, he fears burnout, but he fears slowing down even more. “The faster I can get this code out the door, the fewer people have to die,” he says.

The exertion is also his salvation, a way to cope with the relentless news and the crushing sadness that comes with it. “Today was the first day I was able to really cry about it,” he says. “I think that’s progress. I haven’t just been paralyzed on some deep emotional level. I’m starting to move beyond being totally incredulous to accepting that this is what’s happening.”

But while some volunteers have expertise that’s clearly needed, many others with less relevant skills are also eager to join the fray. The trouble is, the crowdsourced, amateur nature of such efforts can also be risky. One particularly high-profile example came when Aaron Ginn, a Silicon Valley marketer who had helped found a conservative technology think tank, wrote an extensive Medium article based on his analysis of existing coronavirus data to refute claims about the pace of its growth. After it went viral, receiving millions of views, its conclusions drew outrage from experts. Medium ultimately took it down as a piece of dangerous medical disinformation.

Miscalculations like Ginn’s are common. Many people with analytical skills but without proper knowledge of infectious disease or epidemiology have attempted to find patterns and make sense of the data. Gregg Gonsalves, an epidemiologist at Yale, calls it “an epidemic of armchair epidemiology.”

In an environment of heightened misinformation, the threat posed by such uninformed analysis is vastly amplified.

Vigoda, at least, is sensitive to this issue. He was initially reluctant to release his forecasting model because he lacked credibility. But he never received responses when he contacted official forecasting teams offering to help. His model now predicts trajectories similar to their own forecasts, and he hopes the open-source nature of his projections will encourage them to release their code for public scrutiny as well.

But Vigoda doesn’t want to stop there. He’s part of a professional community of data scientists that he estimates to be 100,000 strong worldwide, who could be tapped to pitch in. He also sees potential to repurpose some of his company’s proprietary techniques for extracting and summarizing information in documents. After the White House announced an open call for machine-learning experts to help the medical community mine covid-19 research, he organized a hackathon to encourage participation.

The pandemic has shown him what’s possible in a way that wouldn’t have happened before. “It’s taking me out of my shell,” he says. “I think we were working in too closed and too isolated a way before.”

He’s never seen this kind of cross-disciplinary teamwork, where he can collaborate with “other scientists who I never met, where I just meet them over social media,” he says. “Now I’m realizing there’s so many more ways to work collaboratively and to leverage more distributed expertise.”

Correction: An earlier version of the story included a quote from Deborah Plana that unintentionally implied that she had been told to be more productive during the pandemic by her supervisor. It was edited to remove that implication.