After more than a decade of work, government researchers in the U.S. are ready to test an unusual birth control method for men—a topical gel that could prevent the production of sperm.

And no, gentlemen, you don’t rub it on your genitals.

The clinical trial, which begins in April and will run for about four years, will be the largest effort in the U.S. to test a hormonal form of birth control for men.

Currently, the most effective options men have for birth control are condoms or a vasectomy. In the last major study of a hormonal male contraceptive, which took place in Europe from 2008 to 2012, participants received injections of hormones every two months. The shots suppressed sperm production and prevented the men’s female partners from getting pregnant, but they also gave men severe mood swings and other serious side effects (see “Why We Still Don’t Have Birth Control Drugs for Men”).

The new gel contains two synthetic hormones, testosterone and a form of progestin. Progestin blocks the testes from making enough testosterone to produce normal levels of sperm. The replacement testosterone is needed to counteract the hormone imbalances the progestin causes but won't make the body produce sperm.

More than 400 couples will participate in the study, which will take place at sites in the U.S., the U.K., Italy, Sweden, Chile, and Kenya. Men in the trial will take home a pump bottle of the gel and rub about half a teaspoon of it on their upper arms and shoulders every day. The gel dries within a minute.

The gel can suppress sperm levels for about 72 hours, so if men forget a dose, “there is a bit of forgiveness,” says Régine Sitruk-Ware, distinguished scientist at the Population Council, a nonprofit for reproductive health that is sponsoring the trial alongside the NIH.

Men will use the gel for at least four months while their partners also use some form of female contraception. Researchers will monitor the men’s sperm levels, which need to drop to less than one million per milliliter to effectively prevent pregnancy, according to Blithe. Once the sperm count is low enough, the women will go off their birth control. The couples will then use the contraceptive gel as their only form of daily birth control for a year. 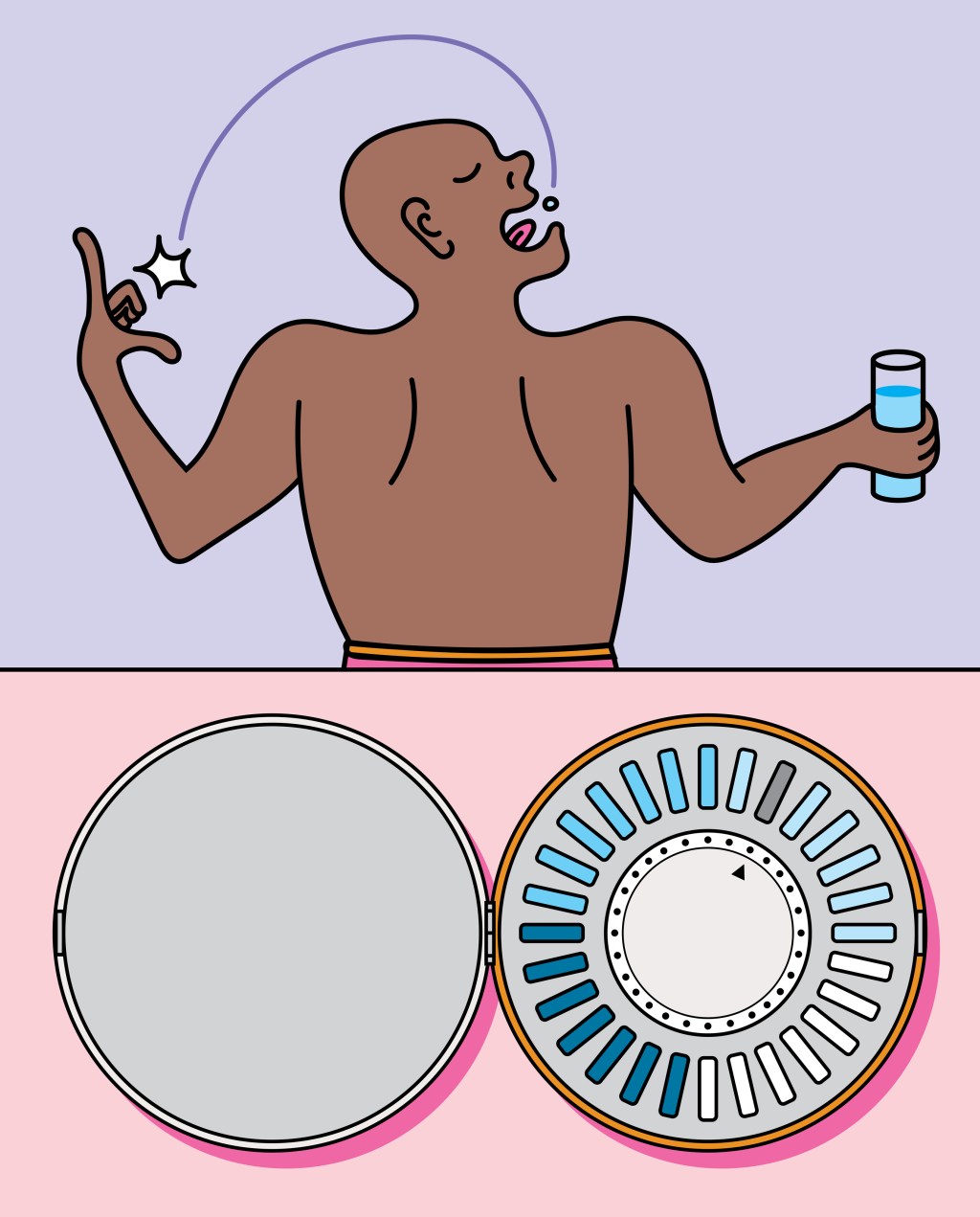 Read Next
Male contraception research is a field littered with failures, but a few promising candidates are in the pipeline.

The method has already been shown to be effective in an initial six-month study. But it involved two types of gels that had to be applied to different parts of the body, so Blithe’s team at NIH worked with researchers at the Population Council to reformulate the hormones and combine them into one gel. She says the gel works better than hormone pills because lab-made testosterone gets cleared from the body rapidly. In gel form, the hormone gets absorbed by the skin and sticks around in the bloodstream longer.

Still, the question is: will men use it?

Historically, there hasn’t been much interest from pharmaceutical companies in a male contraceptive. Running clinical trials takes years and is hugely expensive, so it’s a risky endeavor when lots of options for female contraception already exist.

But researchers like Sitruk-Ware think views are changing, and that men, especially younger men, will be open to using a contraceptive drug. “This is about gender equity,” she says. “Men would also like to be able to regulate their own fertility and not be forced into fatherhood.”

Plus, some women can’t use hormonal birth control for medical reasons, so having another option would be helpful to those couples.

Men’s attitudes on their role in contraception vary by country, but a 2010 survey indicated that at least 25 percent of men worldwide would consider using a hormonal contraceptive.

The biggest problem might not be resistance but forgetfulness. In a small 2011 survey conducted in the U.K., 42 percent of respondents worried that men would forget to take a contraceptive pill—and women were more likely than men to say so. Forgetting to take the drug at the same time every day is the top reason why oral contraceptives for women fail. The typical failure rate of those methods is 7 percent, compared with about 13 percent for condoms, according to a recent study.

“I am very confident that if men put the gel on every day and apply it correctly, it will be effective,” says Stephanie Page, a professor of medicine at the University of Washington and a principal investigator in the trial.

Even if the trial is successful, Blithe says it will likely be several years before the gel would be available to the public.