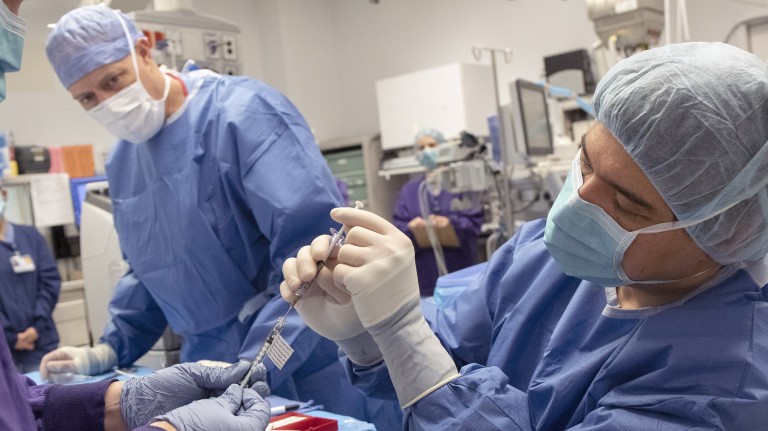 The gene-editing tool CRISPR has been used for the first time inside the body of an adult patient, in an attempt to cure a form of blindness.

The treatment: According to the Associated Press, doctors dripped just a few drops of a gene-editing mixture beneath the retina of a patient in Oregon who suffers from Leber congenital amaurosis, a rare inherited disease that leads to progressive vision loss.

Cells that take up the mixture can have their DNA permanently corrected, potentially restoring a degree of vision.

Important first: CRISPR is already being tested to modify blood cells outside the body, to treat cancer, sickle-cell disease, and other conditions. But attempting to cure diseases like muscular dystrophy or blindness, which affect tissues that can't be removed, engineered, and replaced, requires genetically modifying cells in the body.

Previously, scientists in China modified embryos using CRISPR, leading to the controversial birth of twin girls whose bodies contain genetic modifications. As well, at least one biohacker claimed to have self-injected CRISPR.

“We believe that the ability to edit inside the body is going to open entire new areas of medicine and lead to a whole new class of therapies for diseases that are not treatable any other way," Charles Albright, chief scientific officer of Editas, told NPR.