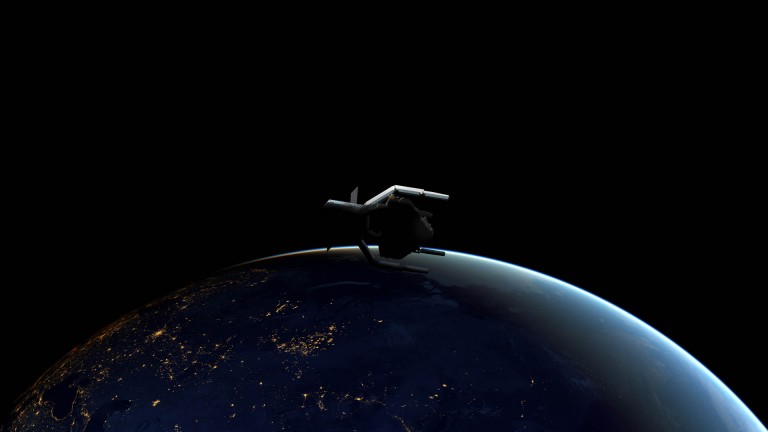 The European Space Agency has announced a new mission in 2025 to test out technology to remove orbital debris. Called ClearSpace-1, it will be the first mission tasked with removing an actual piece of abandoned space junk from orbit.

What is it? The new mission is the brainchild of the Swiss startup ClearSpace, which has designed a space trash collector that uses four robotic legs to capture the debris. It can then drag it down into a deorbiting maneuver so it can safely burn up in the atmosphere.

For the 2025 mission, ClearSpace-1 will target a 265-pound chunk of debris called VESPA, which formed part of a ESA mission in 2013. ClearSpace-1 will shoot up to 310 miles in altitude to test out all its systems before making a rendezvous with VESPA and attempting the test. If all goes well, both would burn up in the atmosphere.

A crowded field: Orbital debris is a real worry, and the sheer lack of rules and regulations for managing space traffic is making the situation worse.

The growing crisis means more groups are entering the fray to provide potential solutions. While ClearSpace will be the first mission that removes actual space junk, it’s not alone in testing out new technologies for this purpose. A UK mission called RemoveDEBRIS demonstrated a net-like capture technology on a cubesat last year. The same team wants to test out a space harpoon for the same purpose.

Japanese company Astroscale is seeking to test its own capture-and-dispose technology on a practice object sometime next year. Other groups have been batting around designs involving junk-destroying lasers and junk-eating rocket engines.