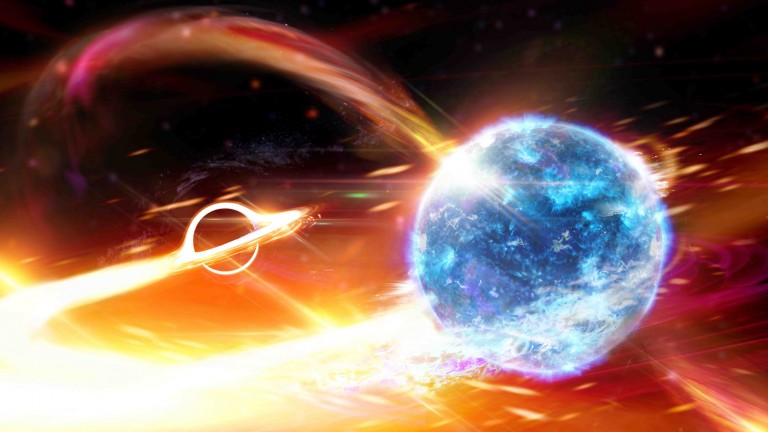 Scientists have spotted the most exotic gravitational waves on record yet, after a black hole probably lunched on a neutron star.

The news: On August 14, the Laser Interferometer Gravitational-Wave Observatory (LIGO) in the US and the Virgo observatory in Italy detected new gravitational waves rippling through spacetime. They were  produced 900 million light-years away by a black hole devouring what is either a neutron star or some object we never thought was possible.

What’s next: Soon after detection, Australia’s SkyMapper Telescope scanned the sky for a visual sign of the merger (such as the neutron star’s insides that had been ripped out by the black hole) but found nothing. Other telescopes, like NASA’s Swift instrument, might spot some telltale evidence later.

Gotta catch ’em all: Before this exotic signal, dubbed S190814bv, we’ve only ever seen gravitational waves produced by black hole mergers or neutron star mergers. If the findings hold, they will complete the holy trinity of gravitational wave events scientists have pursued all this decade, and confirm the existence of a bizarre new kind of star system.

The Airlock, our space newsletter, is coming back soon! Get ready by signing up for free here.