Twitter got you down? Try taking your phone out for fresh air. 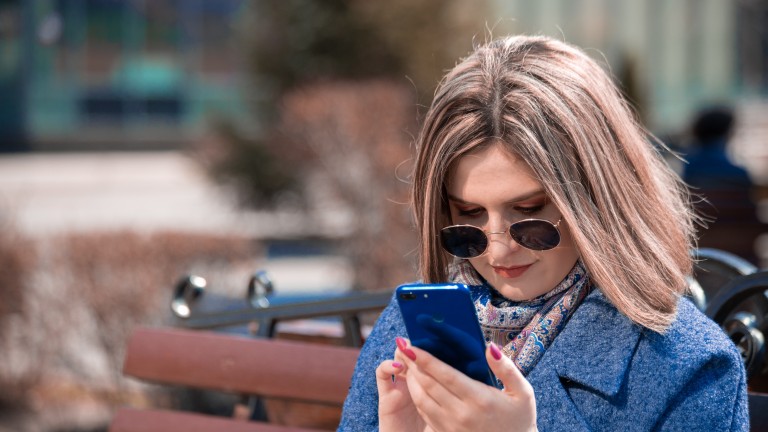 A strange new piece of sentiment analysis research adds to the evidence that nature makes people happier—even if they’re staring at their phones while they’re outside.

What is it? A team of researchers based at the University of Vermont analyzed more than 4,000 user timelines with geotagged tweets between May and August of 2016. For the purposes of the study, a “park” was anything that fit into one of three categories: big regional spaces like Golden Gate Bridge Park, neighborhood playgrounds, and civic plazas.

Even a little green will do: The researchers used satellite images of vegetative cover in the parks and discovered two things. First, no matter what kind of park they were in, people sent out much happier tweets than usual, with effects sometimes lasting up to four hours afterwards. And second, the more vegetation the park had, the happier the tweets.

How do you even measure that? A sentiment analysis tool called the hedonometer. “It looks at words in the body of  the text … and kind of takes the temperature of the happiness or sadness of a set of words,” Aaron Schwartz, the study’s lead author, explained. Thus far, the hedonometer has 10,022 commonly used English words; each word is ranked from 1 (unhappy) to 9 (happy). “Sunshine” comes in at 7.9, while “traffic” is a 3.3. Words like “flower,” “beautiful,” “beach,” “music,” and the obvious “happy” all indicated a more positive sentiment.

This isn’t the first time Twitter’s mood has been checked with a hedonometer. In the aftermath of the Las Vegas mass shooting, it found Twitter to be in its saddest mood ever. It’s also been used to track the celebrity deaths that have brought fans the most grief, and the fact that Mondays suck.

Correlation or causation: While the tweets depict a measurable uptick in happiness while taking in green space, Schwartz said he and his colleagues aren’t sure if people are happier because they’re out in nature, or if they’re just doing activities in these parks that spark joy, like going to an outdoor concert, meeting up with pals at a picnic, or walking their dogs.

It takes a certain type of person to tweet from a park in San Francisco. Selection bias is almost certainly a factor. Tweeters, particularly in San Francisco, fit a type: they tend to be younger, more affluent, and more willing and able to tweet in a park than the average person.

That “tweet” is actually a bird: Public health experts and urban planners have long pointed out that simply being around greenery can be beneficial, and activities in green spaces—tai chi, forest bathing, exercising, even just meditating—might help mitigate stress levels. Of course, putting down the phone probably couldn’t hurt either.