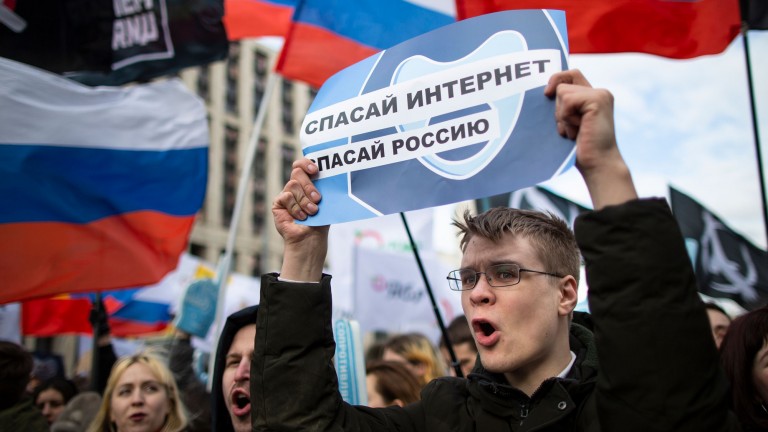 They have 30 days to respond to a request to link their servers to a government-run IT system.

The news: Ten providers of virtual private network (VPN) servers have been told to connect to a national blacklist maintained by Russia’s telecoms and media regulator, Roskomnadzor. VPNs create a safe, encrypted connection that makes it seem as if your computer is located somewhere else, giving users access to websites that may have been blocked inside a particular country.

Only one provider has complied with the request: Kaspersky Lab, according to Russian news agency Interfax. All the nine remaining companies have said they will not comply. Unlike Kaspersky, they are all based overseas. The regulator has said it will block access to VPNs that do not comply, Interfax reported last week.

The blacklist: The Federal State Information System (FGIS) is a register of services and sites that are banned in Russia, including ones that host images child sexual abuse, terrorist content, and gambling sites, but also encrypted messaging and “gay propaganda.” Putting VPNs on the list will make it much harder for citizens to bypass any censorship of websites.

A long time coming: The law behind the ban was passed back in August 2017, but it has been widely flouted by Western companies, including Google, which received a fine of 500,000 rubles ($7,530) in December for failing to comply. Russia is now taking a more aggressive stance as part of much wider efforts to crack down on internet freedoms and create its own “national internet,” disconnected from the global internet infrastructure.