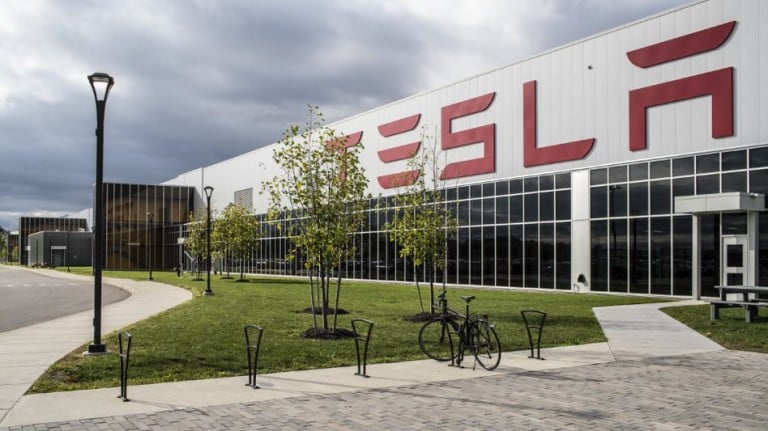 Tesla’s 2016 acquisition of SolarCity is looking worse and worse. And its $1 billion solar gigafactory in Buffalo, New York, which the state built, subsidized, and equipped for SolarCity, seems to be primarily operating as a Panasonic plant.

The news: The overwhelming majority of the solar cells produced at the facility are now being sold overseas rather than being used in Tesla’s “Solar Roof” photovoltaic product, according to a Reuters report on Wednesday, citing a letter to US customs officials from Panasonic, Tesla’s partner on the plant.

That product was designed to resemble rooftop shingles with solar cells embedded inside, an effort to differentiate the offering in the commodity solar panel business. But the line appears to have been a flop. California’s utilities have connected only 21 such systems, according to state data obtained by the news service. And just “a few” were installed in the Northeast, Reuters reported, citing an anonymous former employee.

In the more than two years since Tesla acquired SolarCity, its overall solar installations have plummeted by more than 76%.

The background: Tesla bought SolarCity for $2.6 billion in late 2016, in a deal that was heavily criticized because of SolarCity’s huge debt load and Tesla chief executive Elon Musk’s connections to the company. He had been the chairman of SolarCity and is a cousin of the cofounders, Peter and Lyndon Rive, both of whom have since left.

Soon after, Tesla unveiled the Solar Roof line, a marked shift from the business model of SolarCity, which primarily sold and installed rooftop solar panels produced by Chinese manufacturers. Tesla also struck a deal to buy custom solar cells for its products from Panasonic, which in turn agreed to invested $250 million into the gigafactory and set up its own production line there.

The subcontract also provided a way to help Tesla achieve hiring commitments required as part of the state’s $750 million in subsidies. But it still appears likely to fall short of the nearly 1,500 employees required by 2020, which would trigger financial penalties and has already prompted sharp criticisms of the deal by some state legislators.

Solar struggles: Tesla has been struggling to get production up and running, and gain ground in a solar space dominated by low-cost panels produced overseas, primarily in China.

Last year, Tesla ended its months-old retail partnership with Home Depot, and shuttered a number of solar installation facilities. It's reportedly cut thousands of workers in its solar division since the acquisition. The team also faced difficulties with the appearance and performance of the Solar Roof tiles.

A Bloomberg article late last year said Tesla was operating just one production line at the Buffalo factory, rather than the multiple lines that were supposed to be running at that stage.

The piece also noted that Panasonic’s production is distinct from Tesla, set up on the other side of the building, despite Tesla’s portrayal of the deal as a close collaboration. While Panasonic has been making Solar Roof cells, Tesla “took issue with their aesthetics and cost” and had turned to a Chinese supplier as well, Bloomberg reported, citing several sources.

It’s unclear precisely how many solar cells, roof tiles, or panels Tesla is now producing itself or acquiring from Panasonic. But it's likely a small fraction of the one gigawatt of solar capacity a year that the company initially boasted the factory would produce (see “10 Breakthrough Technologies 2016: SolarCity’s Gigafactory”).