Hybrid planes could shorten the leap to all-electric 737s 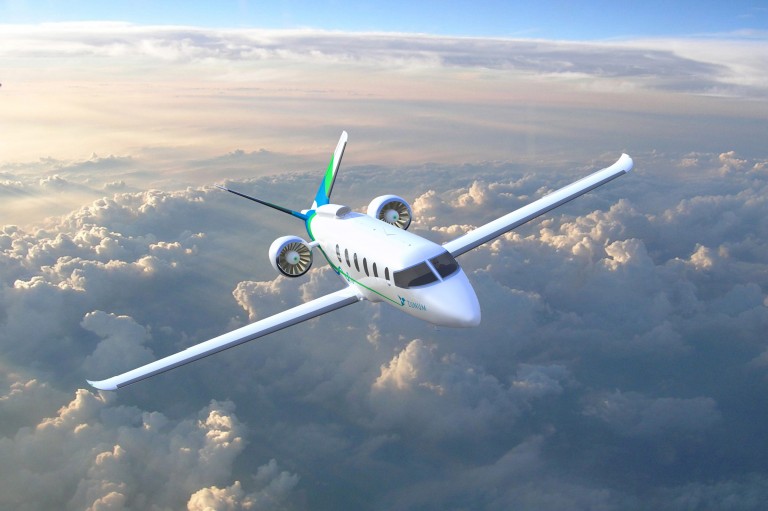 But that will still take decades, so we’d better consider other ways of cleaning up carbon emissions from aircraft, too.

The challenge: Aviation is one of the fastest-growing sources of carbon dioxide pollution and exerts an outsize impact on warming by spewing other heat-trapping particles as well. But short of halting air travel, there aren’t any clean alternatives.

One of the biggest problems with electrifying a Boeing 737 or Airbus A320 is the sheer weight of the batteries required to keep such large aircraft aloft over long distances. A recent paper in the journal Nature Energy found that on the low end, a plane of that size would require battery packs with specific energy—a measure of the amount of energy per weight—of 800 watt-hours per kilogram.

A long way to go: That’s four to five times greater than state-of-art lithium-ion batteries today, according to  a new opinion paper published Monday in the journal Nature Sustainability.

All told, the technological advances required for a “feasible all-electric aircraft” are likely to take decades, the authors say.

The opportunity: But that doesn’t mean we can’t start making some progress on aircraft emissions in the meantime, they add. A number of companies are already developing one- or two-passenger all-electric aircraft for short flights, as well as electric hybrids that could travel hundreds of miles. That includes Zunum, which expects to deliver a line of “hybrid to electric” aircraft with room for 12 passengers in 2022 (Viswanathan also serves as a technical consultant for Zunum).

If such lower-emission planes begin to grab some of the regional travel market, it could create a virtuous feedback loop. Instead of one “great technological leap” in the marketplace, the half-step to hybrid planes could help attract investment, draw smart researchers, and otherwise support incremental progress, the authors argue. Crucially, it will also enable researchers and regulators to begin working through the tricky safety, redundancy, and certification issues surrounding battery-powered planes, Viswanathan said in an interview.

As batteries keep improving, hybrid planes should be able to reach longer distances, carry more passengers, and make ever bigger dents in the industry’s carbon footprint.

Bigger picture: Of course, waiting multiple decades to clean up aviation is far too long, given how quickly the planet is warming and how rapidly air traffic emissions are rising. So alternative options also demand serious attention. These include carbon-neutral fuels, methods of removing greenhouse gases from the sky, and more fundamental shifts in the way we move people and goods around the world.

Want more? Sign up to our daily newsletter, The Download, to get your dose of the latest in emerging tech. It's free!