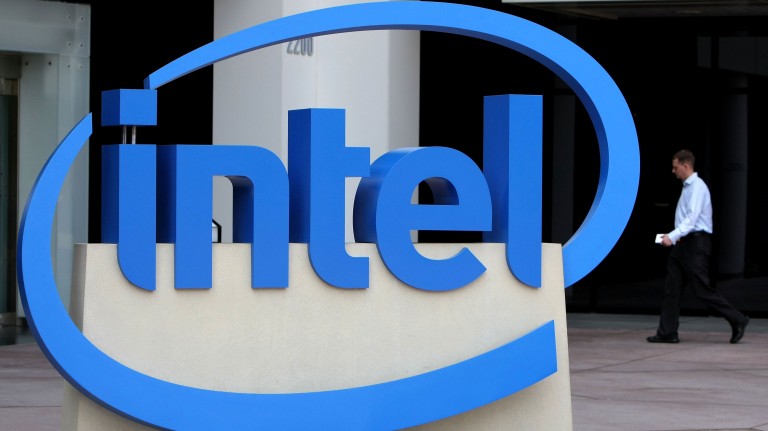 The US chip giant has developed a new way of stacking a processor’s components on top of one another.

The news: Intel has unveiled a new manufacturing technology called Foveros that it thinks will help boost the performance of a range of chips, from core processors to ones specially designed for artificial intelligence (AI) applications. It says the first semiconductors built using the new technology will be available in 2019.

End of an era …: Some industry experts have been predicting the imminent demise of Moore’s Law, which holds that the number of transistors that can be packed on a chip doubles roughly every couple of years. This has driven huge advances in computing power for decades and has made possible all kinds of devices, from smartphones to supercomputers.

But it’s now incredibly hard to pack more elements onto 2D architectures, which has sparked initiatives to come up with new ways of boosting silicon’s performance. Memory chips that store things like content from mobile apps have used a 3D approach for some time, but efforts to build powerful processors the same way have repeatedly foundered on concerns over cost and power efficiency.

… or more Moore? Intel says things like new insulation materials that dissipate heat and a new power-delivery process have helped the company overcome such drawbacks. As well as boosting processing power, Foveros also makes it easier to swap in transistors for specific uses—for example, ones that are particularly suited for running AI or 5G wireless applications.

Intel will need to show that it can manufacture 3D processors efficiently, and profitably, at scale. Linley Gwennap, a chip industry analyst, thinks the new approach might work well for low-power processors, but he’s skeptical it will do so for high-power ones that make up most of the company’s product lines. That could still allow Intel to help jump-start the development of a whole new generation of smartphones and other consumer gadgets.