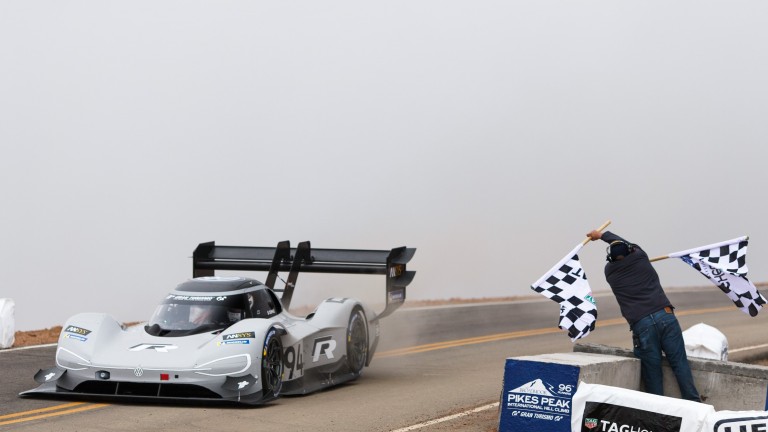 Three years after the carmaker’s notorious emissions scandal, its new focus on electric vehicles is as much an effort to repair its image as it is a bet on the future of the automotive industry.

Some background: In 2015 it was uncovered that as many as 11 million VW diesel cars were emitting high levels of the pollutants that cause smog. The company has been digging itself out from under a mountain of negative press ever since.

Plugging in: The carmaker announced yesterday that it will be launching an all-electric ride-sharing service called WE in Germany next year. It will be in direct competition with Uber and Lyft, and there are plans to expand to other countries in 2020.

Speeding ahead: Last month, an electric Volkswagen set a new record in the intense Pikes Peak International Hill Climb. It beat the previous mark (held by a gas-powered rally car) by 17 seconds.

Why it matters: VW wants its brand to be associated with clean energy—as opposed to law-breaking, emission-spewing cars—and it’s especially focused on regaining trust in its home country, Germany.