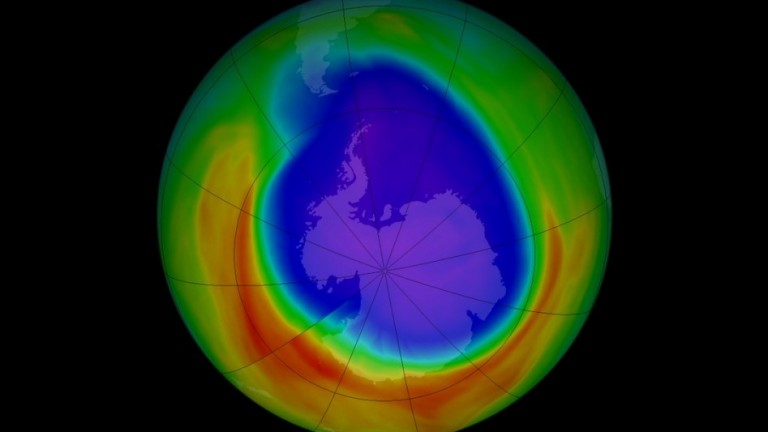 A study published last month found that atmospheric levels of ozone-damaging chlorofluorocarbons were unexpectedly rising again, hatching a scientific mystery over who was producing chemicals that were outlawed years ago.

The culprit? The New York Times reports that one major source appears to be Chinese factories that have continued to use CFC-11 to produce foam insulation, citing “interviews, documents, and advertisements” collected by it and independent investigators, including the Environmental Investigation Agency. Several sources in the piece emphasized that there could be illegal production elsewhere as well.

Why does that matter? The Montreal Protocol, completed in 1987, phased out production of CFC-11 and related chemicals in an effort to repair the ozone layer, which blocks harmful ultraviolet radiation. CFC-11 has been banned since 2010. The agreement is considered a landmark victory in international environmental diplomacy, providing a template for coordinated action on an issue of global consequence. CFCs are also potent greenhouse gases that contribute to global warming.

The episode underscores the challenges of enforcing an international treaty in all corners of the world. The Nature study last month found that the rogue emissions could delay the recovery of the ozone layer by a decade. Erik Solheim, head of the United Nations Environment Program, told the Times the ongoing CFC-11 production was “nothing short of an environment crime which demands decisive action.”