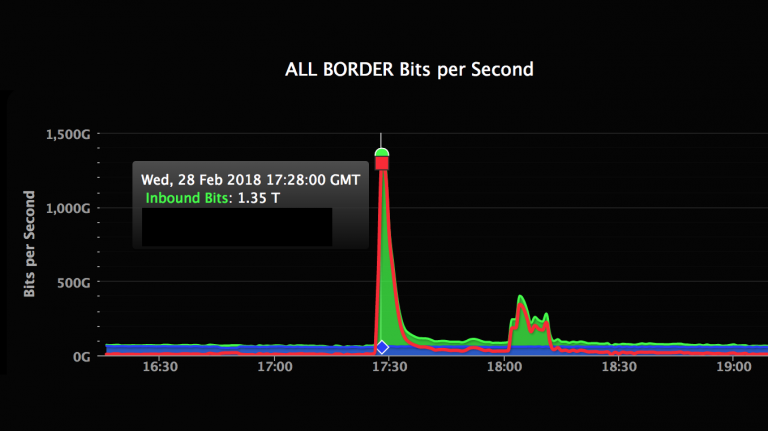 The site, which many developers use to store code, was knocked offline briefly this week by hackers who flooded it with fake traffic.

Terror-bytes: According to Wired, the attack peaked Wednesday at a whopping 1.35 terabits of data per second; the largest previous assault, launched in 2016 against a company called Dyn, hit 1.2 terabytes per second. GitHub was out of action for five minutes and suffered sporadic outages for several more.

Beware the memcrash: The attackers used “memcrashing,” which involves exploiting memcache servers that companies use to speed up their web applications. Thousands of these machines have unsecured internet connections, and hackers can use them to boost fake traffic. In a blog post, GitHub said a memcache server can turn a single incoming byte into as much as 51 kilobytes aimed at a victim’s servers.

Knight in shining code: Github routed its traffic flood to Prolexic, an automated anti-DDoS system run by Akamai that filtered out the attack. The whole thing was over inside 20 minutes. Chalk one up for the good guys.