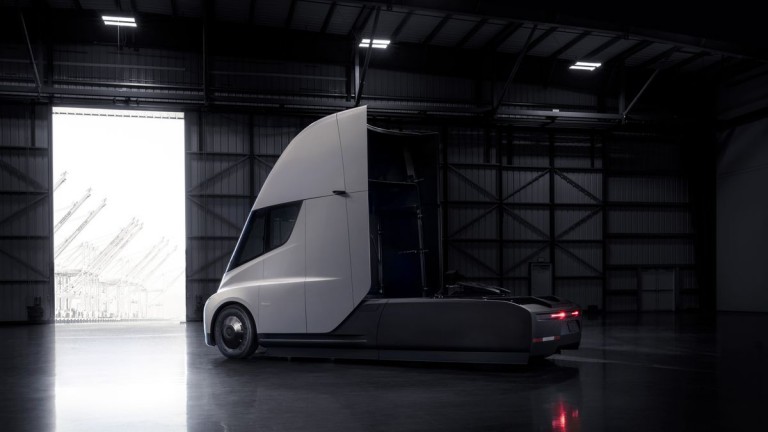 Could some of our misgivings about Elon Musk’s new electric truck be alleviated by secret advances in energy storage? Perhaps, if a new report is to be believed.

One of the chief concerns with the Tesla Semi has to do with the resilience of its batteries: most lithium-ion cells for vehicles begin to degrade after around 1,000 charges, which would allow the truck to cover only 500,000 miles before needing replacements. Problem is, as we’ve explained, the truck’s batteries may be so expensive—as much as $400,000—that its fuel savings would allow it to break even against a diesel only if it could cover one million miles in a lifetime. Without some kind of advance, then, it’s going to be a very hard sell.

When Musk unveiled the truck, he said that it would be good for a million miles, but nobody thought that applied to its batteries. Now, media company Axios cites sources who claim the cells will last through 2,000 charges, which would indeed get the truck into cost-effective territory.

How it will do that, exactly, is another question—to which the Axios report doesn’t have many firm answers. Electric-truck rival Nikola Motor Company has suggested on Twitter that Tesla’s truck may use batteries like those in its grid storage batteries rather than those found in its cars, as they’re more robust. Or there may be some more fundamental battery tweak that allows them to last longer. Hard to tell.

But given how hard battery science is (see “Why We Still Don’t Have Better Batteries”), color us skeptical until we get some hard numbers from Musk.