The Congo River is the world’s second-largest river system after the Amazon. More than 75 million people depend on it for food and water, as do thousands of species of plants and animals that live in the swamps and peatlands it supports. The massive tropical rainforest sprawled across its middle helps regulate the entire Earth’s climate system. The amount of water in the system, however, is something of a mystery.

Hydrologists and climate scientists rely on monitoring stations to track the river and its connected water bodies as they flow and pool across six countries, and to measure precipitation. But what was once a network of some 400 stations has dwindled to just 15, making it difficult to know exactly how climate change is affecting one of Africa’s most important river basins. 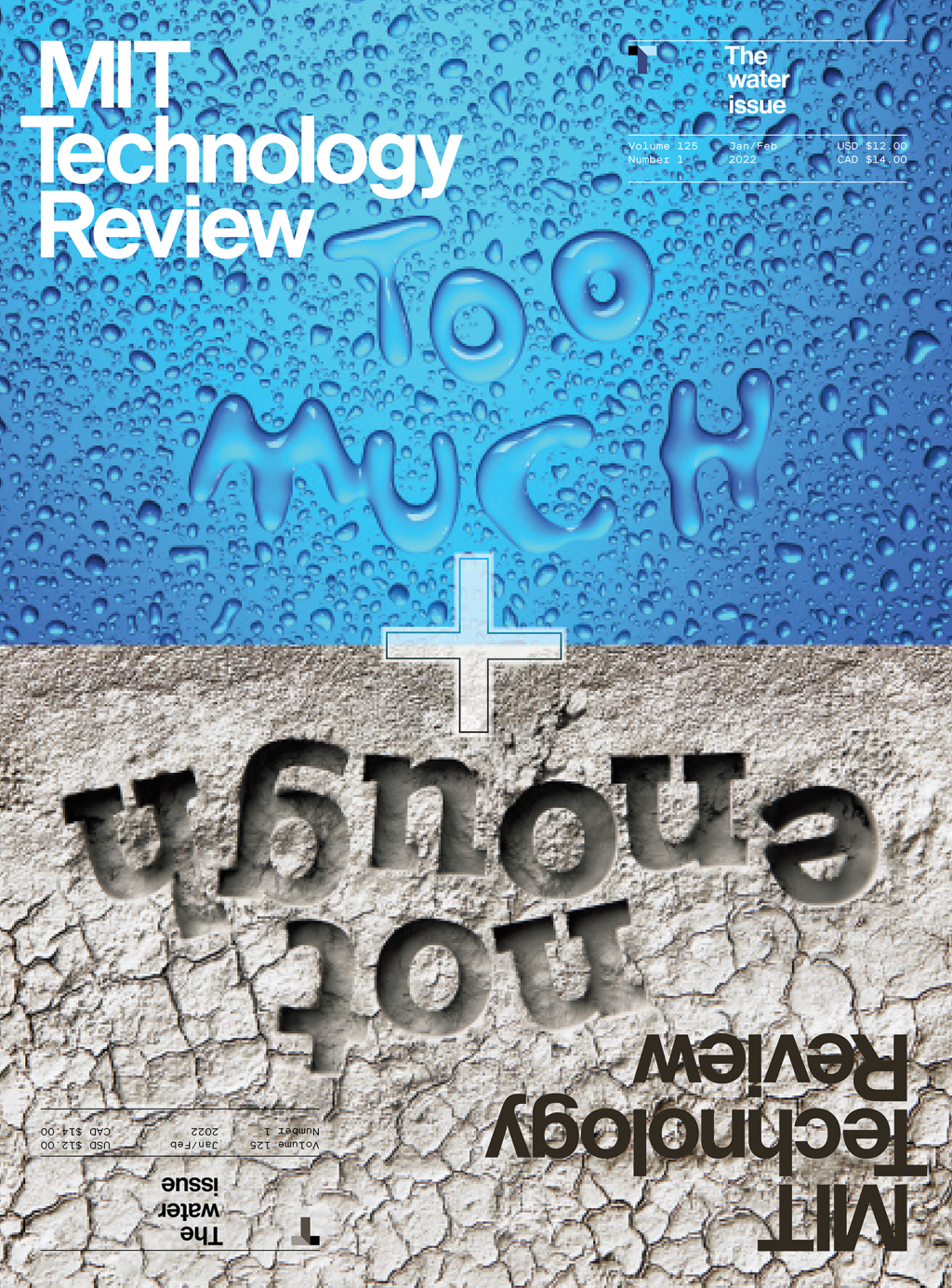 This story was part of our January 2022 issue

“To take action, to manage water, we need to know about our water resources,” says Benjamin Kitambo, a geologist with the Congo Basin Water Resources Research Center in Kinshasa, Democratic Republic of the Congo. “But we can’t know something that we don’t measure.”

Researchers around the world are increasingly filling data gaps on the ground using information gathered from space. Satellites equipped with remote sensing instruments can peer into places where “in situ” measurements—those taken on site—are outdated, hard to gather, or kept private.

Kitambo spoke by video call from Toulouse, France, where he’s conducting PhD research at the Laboratory of Space Geophysical and Oceanographic Studies. These days, he’s analyzing troves of satellite measurements and hydrological models to understand how the Congo River’s tributaries, wetlands, lakes, and reservoirs are changing. That includes studying records from more than 2,300 “virtual” gauging stations, which estimate two key metrics throughout the basin: “surface water height,” or the water’s level above a reference point, and surface water extent.

He says most of the region’s field data dates back to before 1960, the year most countries in the region gained independence from European colonizers. Since then, research there has sharply declined, and collecting data on surface water has proved difficult.

About five years ago, the Congo Basin research center began installing a network of water-monitoring stations to address the “severe lack of basic knowledge” about the river’s main navigable channels, which often serve as roads. But some places in the vast basin were too remote or rugged for researchers to reach. In others, people removed the newly installed instruments to sell the materials, or because they feared being spied on.

Many parts of the world face similar challenges. Countries in Latin America and the Caribbean have seen a “dramatic decline” in ground-based measurements since the 1980s, according to a 2018 assessment published in the journal Water Resources Research. In the Mekong River basin—which extends through six nations from China to Vietnam—countries closely guard their data on water availability, if they gather it at all.

Yet measuring water is key to helping people prepare for natural disasters and adapt to climate change, experts say. Rising global temperatures are projected to increase the risk of storms and flash floods in certain areas and severe drought in others. Meanwhile, massive infrastructure projects and sprawling urban development are altering and straining freshwater resources like rivers and lakes.

This need to know is driving a series of ambitious research initiatives using remote sensing tools. As the technology for gathering and analyzing data from space evolves, scientists are gaining a clearer picture of how water flows across Earth and circulates in the atmosphere.

Satellites observing Earth’s surface measure and map water using optical and radar sensors. Optical sensors form images of water bodies by detecting the solar radiation that reflects back from targets on Earth. One form of radar sensing, called synthetic aperture radar, measures the extent and height of surface water by transmitting pulses of microwave energy toward the planet and then measuring the amount of energy reflected back to the spacecraft, as well as the time it takes for the signals to return. Unlike optical sensors, radar can see through clouds and at night.

Scientists can then combine those observations to explore how a region’s water resources are changing over time. One study using 30 years of satellite imagery from NASA’s Landsat program found that water has shifted dramatically across Earth’s surface as a result of both natural movement of rivers and human interventions like dams and irrigation. Some 44,000 square miles of land are now covered in water, and 67,000 square miles of water have become land, researchers with the Dutch research institute Deltares reported in a 2016 paper.

Yet even with the remote sensing technology available today, surprisingly few freshwater bodies are closely tracked for their water height; instead, many existing radar satellites mainly focus on oceans and ice sheets. To date, any single satellite has measured only about 5 to 10% of the world’s largest rivers and just 15% of water storage changes in the world’s lakes, according to NASA. 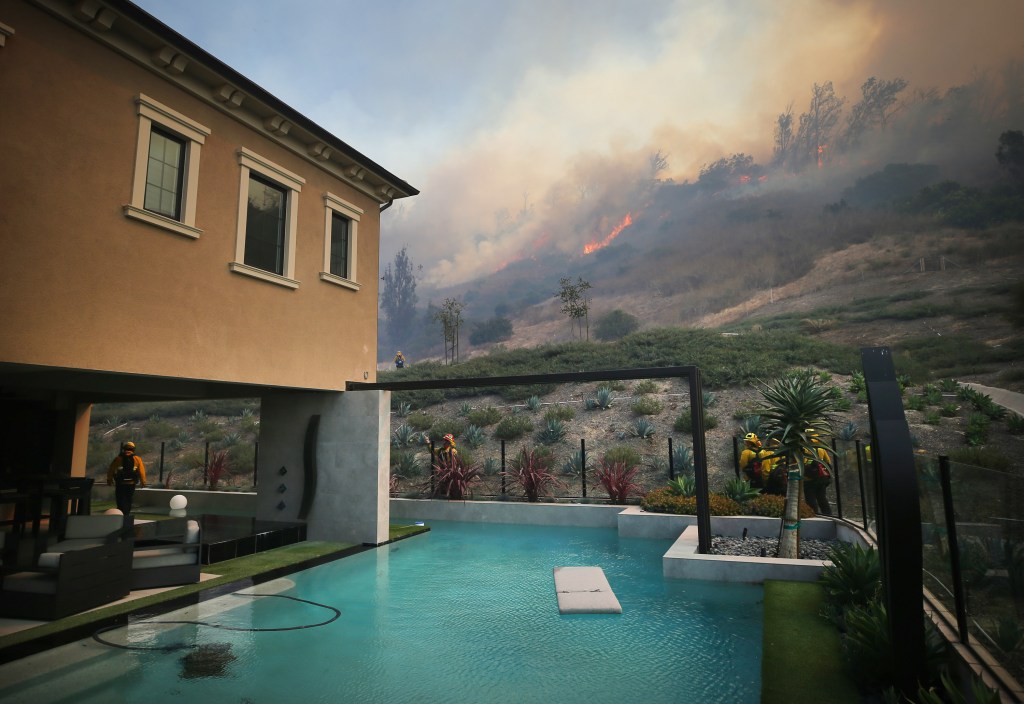 The pandemic taught us how not to deal with climate change
We must transform the economy, not halt it, to prevent runaway warming. And we're doing it far, far too slowly today.

A new radar system built by NASA’s Jet Propulsion Laboratory in Pasadena, California, will soon be able to observe much more of Earth’s surface, and at 10 times the resolution of current technologies. The Ka-band Radar Interferometer uses two antennas to transmit and receive pulses over a 75-mile-wide swath as the satellite passes over a body of water. An antenna sends signals to a spot below; the system then analyzes the two return signals using triangulation. This allows scientists to gauge the height of surface water to within about 10 centimeters.

NASA and the French space agency CNES plan to launch a satellite with the Ka-band sensor in late 2022 as part of a joint mission called Surface Water and Ocean Topography (SWOT), with help from the Canadian and UK space agencies. Along with oceans, the SUV-size satellite will observe the planet’s lakes, rivers, and reservoirs during its 21-day repeating orbit.

“We’re going to have access to global information on surface waters in a way that we never had before,” says Cédric David, a hydrologist at the Jet Propulsion Laboratory. Scientists will be able to observe changes in the amount of water stored on Earth’s surface and estimate how much water flows through river systems.

Researchers like Kitambo say SWOT’s observations will increase the accuracy and quality of their numerical models, which simulate and predict how water swells, drains, and flows over time. Specifically, scientists can use SWOT data to calculate daily discharge—or the volume of water flowing through channels—from the Congo’s major tributaries and within the rainforest at the basin’s center. This will help them understand the development of seasonal floods, which affect everything from fishing and agriculture to wildlife habitats and human safety.

David notes that along with other similar projects, the new mission will give NASA eyes on nearly every part of Earth’s water cycle, including oceans, soil moisture, groundwater, ice sheets, and now surface water. “Many of us are calling this the golden age of water cycle observations from space,” he says.

Maria Gallucci is an energy and environment reporter based in Brooklyn, New York.