Floods killed at least two dozen people as Hurricane Ida swept through New York, New Jersey, and Pennsylvania on the night of September 1. This devastation is on top of the 13 who died and the million who lost power when the storm hit Louisiana, Mississippi, and Alabama last weekend.

As the storm moved up the East Coast, New York City was hit particularly hard. Over three inches of rain fell in Central Park within an hour, breaking a record set just over a week before. Floodwaters turned parkways into canals and subway steps into waterfalls, leaving residents stranded or trapped. This despite billions of dollars the city has spent to improve its flood defenses since Hurricane Sandy in 2012.

Extreme storms are now becoming more common as climate change makes rainfall more severe, and storms will get worse with further warming. There’s still a lot that cities need to figure out to prepare for the resulting threats, which can range from flash floods to storm surges. Adapting will take time and money—decades in some cases, and hundreds of billions of dollars. But climate change and adaptation efforts are running at different speeds. 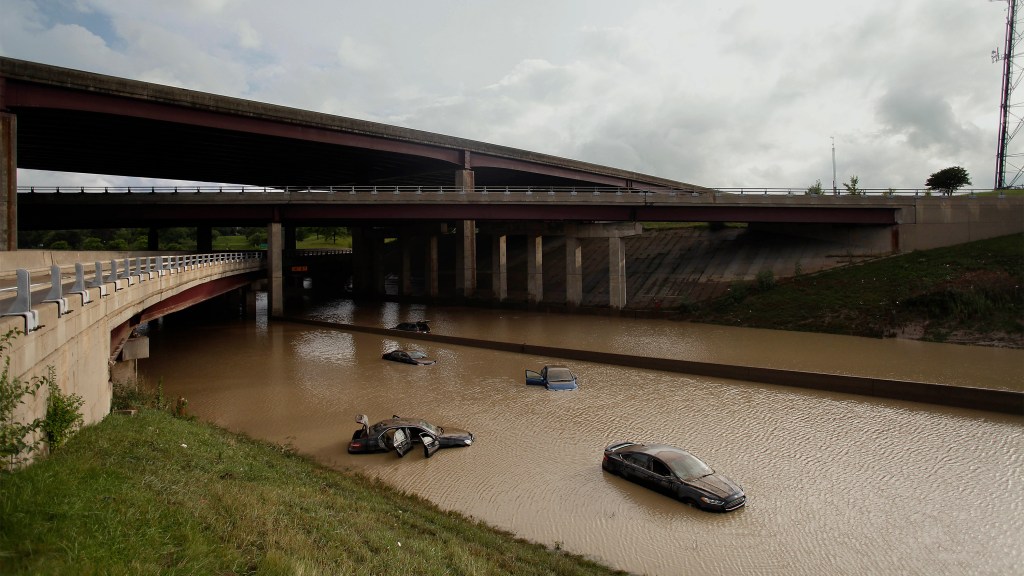 Cities are scrambling to prevent flooding

“The problem is, we’re seeing these impacts and these changing storms faster, and adaptations are just not keeping pace,” says Lauren McPhillips, a hydrologist at Penn State University who studies urban flooding.

New York City has been relatively forward-thinking when it comes to preparing for floods, McPhillips says. For years, the city put in more permeable architecture, like green roofs and rain gardens, and upgraded pumps and drainage pipes. These improvements intensified after Sandy.

“We learned a lot of lessons from Sandy,” said New York governor Kathy Hochul in a press conference the morning after the storms. “We built back resiliency; our coastal shorelines are in much better shape than they had been. But where we have a vulnerability is in our streets.”

Sandy looms large in any discussion about flooding in New York City. But the difference between the 2012 hurricane and Ida illustrates the complex flood threat the city faces from climate change. Sandy caused an intense storm surge, where the ocean rushed into the city. Ida dumped inches of water all over the city in a short time—a problem that sea barriers and other coastal protections can’t solve.

While New York City and other coastal areas are more vulnerable to sea-level rise, any urban area can experience what’s called pluvial flooding, the kind caused by rainfall. “The way we’ve developed New York City has caused the flood problem,” says Timon McPhearson, a researcher in urban climate resiliency at the New School and a member of the New York City Panel on Climate Change.

Impervious surfaces like concrete cause water to rush downhill rather than sink into the ground as it might in grasslands or forests. And if enough water runs together, the consequences can be deadly.

With the input of researchers like McPhearson, New York City has developed plans to improve its defenses against storm-caused flooding. A forward-looking stormwater resiliency plan released in May 2021 included an assessment of flood risk across the city and proposed solutions ranging from social strategies, like educating local city councils on flood risks, to engineering techniques such as more green roofs and rain gardens.

And the city’s Department of Environmental Protection is considering plans for areas that are hit especially hard during the most intense storms. The Cloudburst Resiliency study, completed in 2018, examined strategies to deal with extreme rain events. Pilot plans in a frequently flooded area in Queens included green infrastructure like floodable park walkways, as well as a basketball court designed to hold water during major flooding.

But carrying out these or any other stormwater management solutions would require major funding, and some would require a decade to engineer. “We need to literally redesign the city to solve the problem,” McPhearson says. And he expects the price tag to be hefty—likely hundreds of billions of dollars. In some cases, he says, the research already suggests how to protect the city against flooding, but getting together the money and political will to act is still a hurdle.

In the meantime, floods will continue to kill. More people die in floodwaters than from any other effect of a hurricane, says Anne Jefferson, a hydrologist at Kent State University. And vulnerable people are the most likely to be harmed or killed by flood damage. At least eight people who died in the storm in New York City were living in basement apartments, some of them illegal, which tend to be less expensive than those above ground.

Engineering solutions can help decrease some of the harm caused by some flooding in cities. But right now, those solutions are moving slowly, and millions will remain in harm’s way as climate change races ahead.

Ultimately, if warming continues, future storms will likely get even worse. And limiting future damage will require a range of solutions: ecological, social, legal, and engineered. But Ida, along with the plethora of other climate disasters this year, from wildfires to extreme heat, has made it exceedingly clear: climate change is no longer a future problem to avoid. It’s happening now, and we’re just trying to keep up.