The UN’s long-awaited climate report, released on Monday, offered a stark reminder that removing massive amounts of carbon dioxide from the atmosphere will be essential to prevent the gravest dangers of global warming. But it also underscored that the necessary technologies barely exist—and will be tremendously difficult to deploy.

Global temperatures will continue to rise through midcentury no matter what we do at this point, according to the first installment of the Intergovernmental Panel on Climate Change’s sixth assessment report. How much hotter it gets, however, will depend on how rapidly we cut emissions and how quickly we scale up ways of sucking carbon dioxide out of the air.

Climate scientists say we’ll need to do carbon removal, in part, to balance out the emissions sources we still don’t know how to eliminate or clean up, like flights and fertilizer. The other, more ominous reason is we may well need to pull the planet back after it blows through dangerous temperature thresholds. 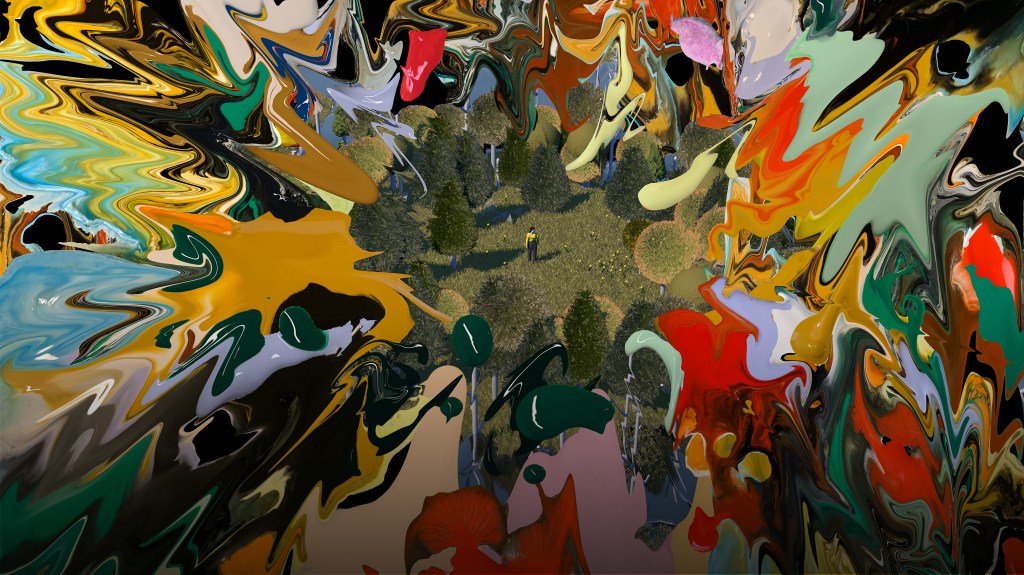 The UN report found that greenhouse gases are likely to drive worldwide temperatures at least 1.5 ˚C above preindustrial conditions within the next 20 years, fueling more common and more severe heat waves, floods, and droughts. Once that happens, carbon removal is essentially the only way to bring the climate back to a safer zone, because the greenhouse gas persists for hundreds to thousands of years in the atmosphere. (A last alternative is, perhaps, some form of geoengineering that reflects heat back into space, but that controversial idea presents all sorts of concerns.)

The model used to create the most optimistic scenario in the report, which limits warming to 1.5 ˚C, assumes the world will figure out ways to remove about 5 billion tons of carbon dioxide a year by midcentury and 17 billion by 2100. (The scenario is known as SSP1-1.9, and those figures are based on an analysis of earlier data by Zeke Hausfather, a climate scientist at the Breakthrough Institute and contributing author on the UN assessment.)

That requires ramping up technologies and techniques capable of pulling as much CO2 out of the atmosphere every year as the US economy emitted in 2020. In other words, the world would need to stand up a brand-new carbon-sucking sector operating on the emissions scales of all America’s cars, power plants, planes, and factories, in the next 30 years or so.

We could remove less than that, but only if we cut emissions even faster, resign ourselves to greater climate risks – or both.

In the model above, nearly all the carbon removal is achieved through an “artificial” approach known as bioenergy with carbon capture and storage, or BECCS. Basically, it requires growing crops that consume CO2 and then using the harvested biomass to produce heat, electricity, or fuels, while capturing and storing any resulting emissions. But despite the billions and billions of tons of carbon removal that climate models are banking on through BECCS, it’s only been done in small-scale projects to date.

The smaller remaining amount of removal in the model is done through “natural” solutions like reforestation and tree planting (see the the illustration below).

We know forests, soil, peatlands and other natural systems absorb significant levels of carbon dioxide, but it has proved challenging to develop markets and systems that reliably incentivize, measure and verify it. Meanwhile, other technical approaches are also immature, including carbon-sucking machines and various ways of accelerating the processes by which minerals and the oceans take up and store away CO2.

The IPCC assessment noted numerous other limitations and difficulties.

For one thing, while carbon removal does reduce the level of greenhouse gases in the atmosphere, the report notes that this effect may be offset to some degree. Modeling studies have found that the oceans and land start releasing more CO2 in response to that shifting atmospheric chemistry over certain time periods, undermining the benefits.

In addition, while carbon removal could gradually ease temperature increases and ocean acidification, it doesn’t magically reverse all climate impacts. Notably, it would still take centuries to bring oceans back to the levels around which we’ve built our coastal cities, the report stresses. There could be all but irreversible damage to ice sheets, coral reefs, rain forests, and certain species as well, depending on how much warmer the world gets before we deeply cut emissions and scale up carbon removal.

Chapter five of the report lays out a variety of other trade-offs and unknowns surrounding pretty much every potential approach to wide-scale carbon removal.

Carbon-sucking machines require large amounts of energy and materials. Planting more trees for carbon sequestration or crops for fuels will compete with growing food for an expanding global population.

Climate change itself will undermine the ability of forests to suck up and store carbon dioxide, as the risks of droughts, wildfires, and insect infestations grow with rising temperatures. And there’s still considerable scientific uncertainty about the side effects of various ocean-based approaches on marine ecosystems.

The good news is there are a variety of ways to remove carbon from the air, and a growing number of research groups and companies are working to develop better, cheaper methods. But as Monday’s report makes clear, we’re falling far behind in a race with very high stakes.