England is about to take a huge gamble.

On Monday, July 19, the country is ditching all of its remaining pandemic-related restrictions. People will be able to go to nightclubs, or gather in groups as large as they like. They will not be legally compelled to wear masks at all, and can stop social distancing. The government, with an eye on media coverage, has dubbed it "Freedom Day," and said the lifting of safety measures will be irreversible.

At the same time, coronavirus cases are rapidly rising in the UK. It recorded over 50,000 new cases on Friday, and its health minister says that the daily figure of new infections could climb to over 100,000 over the summer.

In theory, a full reopening during a surge in cases sounds like a combustible mix. But the UK government is betting that this time won’t be like the others because of its vaccination program.

Researchers say it’s extremely difficult to predict what will happen next, with multiple overlapping, complex factors at play. So let’s examine what we know, what we don’t know, and what we need to keep an eye on over the coming weeks.

What we know: the vaccines are working

The UK’s vaccination program is still under way, but it has been broadly successful so far. In all, 68% of the adult population is fully vaccinated, and about 88% of adults have received their first dose (this includes the 68% who have had both doses). Just 6% of Brits are hesitant about getting a shot, according to the Office for National Statistics.

There is still plenty of cause to be nervous, however. The country is months away from fully inoculating the entire adult population. Young people are particularly vulnerable; the over-18s have only just started to receive their first doses, and only a quarter of 18- to 39-year-olds have had both shots. And unlike the US and much of Europe, the UK has not started vaccinating children.

This matters because the overwhelmingly dominant strain of covid-19 in the UK right now is the delta variant. While fully vaccinated people have relatively little reason to worry about delta—with both Pfizer and AstraZeneca vaccines offering over 90% efficacy against hospitalization, according to data from Public Health England—the variant is bad news for those who have only had one shot or are unvaccinated.

It’s about 60% more transmissible than the alpha variant, which was previously dominant in the UK, and almost twice as likely to lead to hospitalization, according to Scotland’s public health body. A single dose of either the AstraZeneca or the Pfizer vaccine is just 33% effective against the delta variant, versus 50% for alpha, says data from Public Health England.

“This reopening is going to lead to a lot of avoidable damage,” says Deepti Gurdasani, a clinical epidemiologist at Queen Mary University of London. “We should be halting easing up until all adults and adolescents have been offered both doses of the vaccine.”

What we don’t know: when cases will peak

It’s clear that the UK is experiencing yet another wave of the pandemic. What we don’t know is just how bad it’s going to get—or how lifting restrictions will change that. Even the top experts in the field can’t say for sure.

“It is very hard to know what is going to happen after July 19,” says Graham Medley, professor of infectious disease modeling at the London School of Hygiene & Tropical Medicine and chair of SPI-M, a group of scientists that advises the UK government on pandemic modeling.

A lot depends on public behavior, and that is notoriously very tricky to predict. While some will enjoy their newfound freedoms with gusto (a tendency that was on full display last weekend during the final of the European soccer championships), others will be far more cautious.

Many people are frustrated at the ditching of masks, one of the most basic and effective public health measures. An Ipsos Mori poll found that a sizable majority of British people plan to continue to wear masks in stores and on public transport. If people follow through on this, it may help curb the spread somewhat: Israel, which also has high vaccination rates, had to reimpose mask-wearing indoors last month in the face of a steep rise in cases.

Regardless, it is very likely that cases will continue to rise for at least a few days, if not a few weeks. And that means more hospitalizations and deaths are inevitable, according to Medley. The big question is how high this wave gets.

In a webinar on Thursday, Chris Whitty, the chief medical officer for England, said the country could see “quite scary numbers again” and “get into trouble again surprisingly fast.” 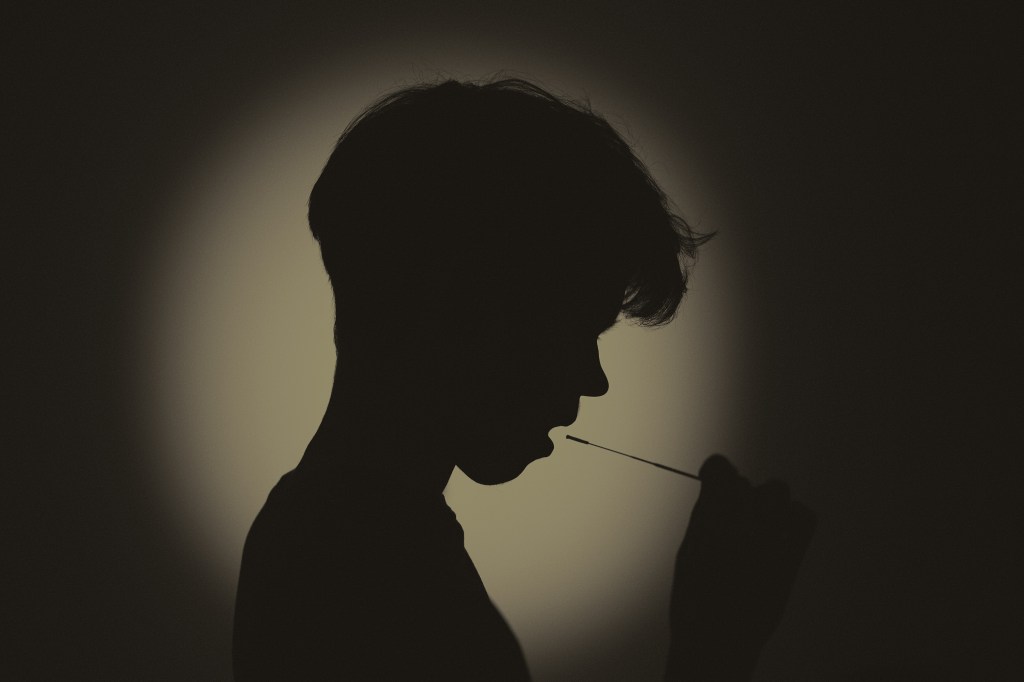 Here's what we know about kids and long covid

Children who contract covid-19 can have symptoms that persist for weeks or even months, but it’s not clear how frequently this occurs or which kids are at risk.

But the government seems to be betting that not all numbers are equally scary. It hopes that hospitalizations will stay low enough to stop the National Health Service from being completely overwhelmed. It is making the assumption that the link between cases and hospitalization rates has been weakened, if not broken.

“This wave is very different to previous ones,” says Oliver Geffen Obregon, an epidemiologist based in the UK, who has worked with the World Health Organization. “The proportion of hospitalization is way lower compared to similar points on the epidemic curve before the vaccination program."

But not everyone agrees. NHS bosses are already sounding the alarm over capacity, and more than 1,200 scientists have signed a letter in The Lancet arguing that Britain should care about the huge rise in infections, regardless of the rates of deaths and hospitalizations.

Gurdasani, the epidemiologist, is one of them.

“Cases matter,” she says, pointing to two main dangers: the increased chance that large numbers of people will develop long covid, and the risk of new, vaccine-dodging variants.

What we know: more people will get long covid

The UK already has a significant problem with long covid. More than two million adults may already have—or have had—complications that persist for 12 weeks or more, according to a major study from Imperial College London. But long covid is poorly understood, with over 200 symptoms ranging from fatigue to shortness of breath to memory issues, according to the largest study of it yet, recently published in The Lancet.

About one in 10 of those who catch covid-19 go on to develop long covid, according to the WHO. That means if another million people in the UK get sick during this wave—a plausible scenario by most estimates—there could be another 100,000 people with long-term issues.

Whitty is worried. “I think we will get a significant amount more long covid, particularly in the younger ages where the vaccination rates are currently much lower,” he said on July 6.

That could place huge pressure on the NHS, businesses, and society in general, not to mention causing untold misery for vast numbers of individuals.

“Some symptoms may persist for years, and there’s a chance we're exposing a whole generation to very bad health for the rest of their lives,” says Skirmuntt.

What we don’t know: whether this could all spawn another dangerous variant

The big fear for many experts is that the government’s approach is creating an ideal breeding ground for the emergence of a vaccine-resistant variant.

On July 5, Steve Paterson, co-director of the Centre for Genomic Research at the University of Liverpool, summed up the concerns in a tweet: “Letting a virus rip through a partially vaccinated population is exactly the experiment I’d do to evolve a virus able to evade immunity.”

The fear is that more infections give the virus more chances to mutate, which increases the risk of a new variant. Given that people’s protection largely comes from vaccines, this could result in strains that are even better at evading our existing immune response. And for the UK— a country that has largely depended on vaccines to save it from covid-19—such an outcome would be disastrous.

Some evolutionary biologists say we should take some comfort from the fact we are starting to see the same mutations pop up repeatedly, a phenomenon called convergent evolution. That may suggest that the virus is running out of ways to adapt.

But Skirmuntt, who studies how viruses evolve, says vaccine escape is a scenario we should fear, whatever the chances. She likens it to running around in a field of land mines.

“The chance that somebody will step on a mine is much higher when there are several thousand people running around it instead of a couple,” she says.

What we know: the rest of the world is watching

Plenty of countries, including the Netherlands, Spain, Australia, and Sweden, have dropped restrictions only to have to reimpose them all over again. Even in the US, where restrictions have varied from state to state, some places are walking back their decisions: the Los Angeles County, for example, just reintroduced a mask mandate after a surge in cases.

On July 12, just two weeks after lifting some public safety measures such as the closure of nightclubs, the Dutch prime minister, Mark Rutte, had to apologize as he reinstated some restrictions.

The Netherlands has a lower vaccination rate, so comparisons are not perfect—but perhaps there would be a lesson in there for England, if it chose to heed it.

The government’s “irreversible” stance may already be softening. At a press conference last week, prime minister Boris Johnson seemingly downgraded it from a firm promise to a “hope,” adding: “Obviously we must rule nothing out.”

Whatever happens, a lot of countries are closely watching where things go next for the English.

“Everybody is looking at the UK to work out what’s happening,” says Obregon, the former WHO epidemiologist. “We’re observing something for the first time, and everybody else will be learning from our behavior.”

The reality is that whatever happens on “Freedom Day,” the exit from the pandemic was never going to be a single event. It is going to be painful, long, messy, and iterative.

The idea of throwing off all restrictions still feels scary to many, especially after 16 months of a relatively regimented existence. But the end of a pandemic always involves some transfer of risk, says Medley.

“In a pandemic, governments generally try to control and manage risks. By the time you get to the end, it’s not really down to the government anymore, beyond offering education, guidance, and health care. We’re in that in-between phase where the risk is being passed from government to individuals.”

Skirmuntt is less sanguine: “The pandemic will stop eventually. They always stop. But at what cost?”

Correction: this article has been amended since publishing to include the most recent vaccination statistics for the UK adult population.