Several miles south of Rawlins, Wyoming, on a cattle ranch east of the Continental Divide, construction crews have begun laying down roads and pads that could eventually underpin up to 1,000 wind turbines. Once complete, the Chokecherry and Sierra Madre project could generate around 12 million megawatt-hours of electricity annually, making it the nation’s largest wind farm.

But how do you get that much wind power to where it’s actually needed?

The Denver-based company behind the project hopes to erect a series of steel transmission towers that would stretch a high-voltage direct-current transmission line 730 miles across the American West. It could carry as much as 3,000 megawatts of Wyoming wind power to the electricity markets of California, Nevada, and Arizona. With the right deals in place, the transmission line could deliver solar-generated electricity back as well, balancing Wyoming’s powerful late-afternoon winds with California’s bright daytime sun.

The $3 billion TransWest Express Transmission Project is among a handful of proposed direct-current transmission lines in the United States, and one of the furthest along in the planning process. It underscores the huge promise of these high-capacity lines to unlock the full potential of renewable energy.

Transmission isn’t sexy (see our story art above). It’s basic infrastructure. Long wires and tall towers (see “How Blockchain Could Give Us a Smarter Energy Grid”).

But a growing body of studies conclude that building out a nationwide network of DC transmission lines could help enable renewable sources to supplant the majority of U.S. energy generation, offering perhaps the fastest, cheapest, and most efficient way of slashing greenhouse-gas emissions.

Developing these transmission lines, however, is incredibly time-consuming and expensive. The TransWest project was first proposed in 2005, but the developers will be lucky to secure their final permits and begin moving dirt at the end of next year.

There’s no single agency in charge of overseeing or ushering along such projects, leaving companies to navigate a thicket of overlapping federal, state, county, and city jurisdictions—every one of which must sign off for a project to begin. As a result, few such transmission lines ever get built.

Direct current, in which electric charges constantly flow in a single direction, is an old technology. It and alternating current were the subject of one of the world’s first technology standards battles, pitting Thomas Edison against his former protégé Nikola Tesla in the “War of the Currents” starting in the 1880s (see “Edison’s Revenge: The Rise of DC Power”).

AC won this early war, mainly because, thanks to the development of transformers, its voltage could be cranked up for long-distance transmission and stepped down for homes and businesses.

But a series of technological improvements have substantially increased the functionality of DC, opening up new ways of designing and interconnecting the electricity grid.

For the past two years, James McCalley, an engineering professor at Iowa State University, has been studying the best way to tie together those massive grid systems as part of the Department of Energy’s $220 million Grid Modernization Initiative.

One way to solve the problem is to expand existing “back-to-back” conversion stations to provide more east-to-west transmission capacity. These systems allow transmission between two grids, by converting the power to DC and then back to AC again at the point where they “cross the seam.”

Another approach adds three point-to-point transmission lines, running east to west, connecting the heart of each grid to that of the other. Yet another solution is a so-called “macro grid” of long DC transmission lines covering much of the country. It runs up the Florida panhandle, across the South, north to Seattle, east to Minneapolis, and back down to Louisiana, with several additional lines crisscrossing the West.

McCalley and his team developed models to simulate each of these scenarios over a 15-year period. They found that all three demonstrated a strong economic payoff, providing a benefit of at least $2.50 in savings for every $1 invested in the transmission system.

With direct-current lines, grid operators have more options for energy sources throughout the day, allowing them to tap into, say, cheap wind two states away during times of peak demand instead of turning to nearby but more expensive natural-gas plants for a few hours. The fact that regions can depend on energy from distant states for their peak demand also means they don’t have to build as much high-cost generation locally.

The point-to-point DC transmission scenario demonstrated the highest immediate economic return in the study, which will be published in the months ahead. But the macro-grid approach offers far greater redundancy and resilience, ensuring that the grid keeps operating if any one line goes down. It also makes it possible to build out far more renewable energy generation.

“The macro grid gives you a highway to all those loads and ties all those markets together,” says Dale Osborn, transmission planning technical director at the Midcontinent Independent System Operator (MISO), which first designed the system. “You get the most efficient, lowest-cost energy possible.”

A national direct-current grid could also help lower emissions to as much as 80 percent below 1990 levels within 15 years, all with commercially available technology and without increasing the costs of electricity, according to an earlier study in Nature Climate Change.

The researchers produced an idealized transmission network that connected 32 nodes across the nation, linking hydroelectric power in the Pacific Northwest, solar in California, wind energy in the Southwest, and nuclear energy on the East Coast, among other sources.

Simply put, the system balances out the intermittency of renewable energy sources over long distances, meaning there’s always reliable generation somewhere. Being able to tap into it from any corner of the nation lowers the cost of supplying energy at peak demand, reduces the amount of generation required in any single area, minimizes excess generation, and eliminates the need to develop expensive grid-scale storage systems (see “Serial Battery Entrepreneur’s New Venture Tackles Clean Energy’s Biggest Problem”).

“We’re basically getting that big battery we want for free,” says Christopher Clack, one of the lead authors of the study and chief executive of Vibrant Clean Energy.

Some emerging technologies could push the benefits of high-voltage direct-current transmission even further.

Voltage source converters, developed in the 1990s, make it possible to tap into power at any point along HVDC lines, rather than just at its two end points. They’re not widely deployed now, but they could enable an even more interconnected grid than the one MISO designed, writes Varun Sivaram, the science and technology fellow at the Council on Foreign Relations, in his forthcoming book Taming the Sun.

In addition, researchers are exploring different types of semiconductors to improve the cost and performance of circuit breakers and voltage converters, Sivaram says, and working on superconducting cables that could boost power capacity and cut energy losses to nearly zero.

Much of the nation’s transmission building boom has been driven by an effort to connect energy generation concentrated in remote northern provinces with distant population centers, a geographic mismatch that’s resulted in huge amounts of excess solar and wind energy. But, of course, it also reflects the fact that China’s energy development doesn’t slow down much for public comments and environmental impact reports.

There are already a handful of DC transmission lines in the United States and a growing number of proposals, including the New England Clean Power Link, which would transport 1,000 megawatts of renewable power from Canada into New England. Houston’s Clean Line Energy has at least a half-dozen proposals in various stages, including the Plains and Eastern Clean Line connecting western Oklahoma to markets in the Southeast, and the Grain Belt Express Clean Line stretching from Kansas to Indiana.

But all of these are moving through the approvals process at a dawdling pace. The TransWest developers have secured permission along the two-thirds of the line’s path that lies on federal land since taking over the project in 2008. But they’re still working to finalize approvals from states and private landowners.

Clean Line’s proposed Grain Belt line has been approved by three of the four states it crosses, but Missouri regulators have rejected it twice.

Most developers and energy policy experts say what’s needed to accelerate these projects is a federal authority with greater power to push them through. A report released by Stanford in October highlighted a number of possibilities, including granting the Federal Energy Regulatory Commission the same “siting authority” for transmission lines that it already has over natural-gas pipelines.

“Without clear, predictable siting authority, it’s going to be very difficult to build out an intelligent, comprehensive HVDC network,” says Dan Reicher, executive director of the Steyer-Taylor Center for Energy Policy and Finance at Stanford, a coauthor of the report.

Another critical challenge for long-range transmission is that utilities have little incentive to pay for these lines, MISO’s Osborn adds. The rules would need to change to allow utilities to recoup their investments and encourage them to cooperate across regions, he says.

Without additional regulatory shifts and concentrated federal authority, we’re likely to see more of what we’ve been seeing: one-off projects where the economics may work to connect one particular energy source to one particular market. But we’re not likely to see an integrated network like the ones envisioned by MISO and others.

And without those or some grid storage breakthrough, renewables aren’t likely to ever reach their full potential. Plants will sometimes generate more wind or solar power than a single market can use, at which point the price drops—and the incentive to add more renewable generation shrinks. And at other times they won’t generate enough for that market, forcing the region to keep leaning on fossil-fuel plants.

“So you end up diverging away from what would be optimal, and can end up hurting renewables in the long run,” Clack says. 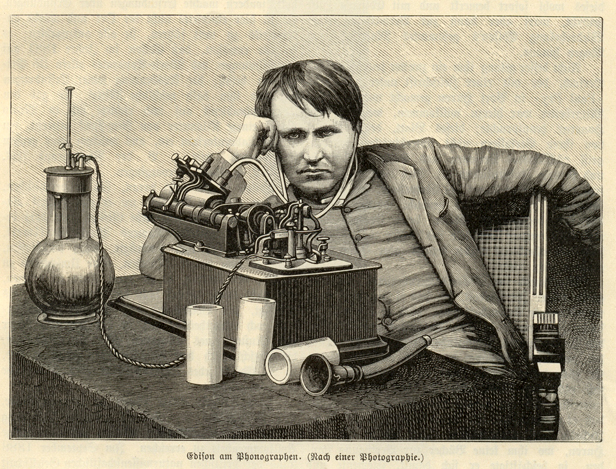 Related Story
In a world of more electronics and solar energy, there’s less and less need for AC power.

One thing direct-current lines do have going for them, at least in some cases, is strong bipartisan support. In fact, Trump’s transition team placed several transmission proposals on its “priority list” of “Emergency and National Security Projects,” including TransWest.

That could be in part because the lines themselves lower costs and link markets even if they’re carrying electricity from coal or natural gas rather than renewable sources. But another factor is almost certainly that the companies proposing such lines are sometimes Republican Party backers. Notably, billionaire and major GOP donor Philip Anschutz owns the company behind the Wyoming wind farm and TransWest line.

That may mean HVDC transmission could represent one of the few areas—alongside advanced nuclear power—where clean-energy proponents could potentially work with the Trump administration on a common goal.

There are already legal battles playing out, however, that will test how much power federal bodies have over these matters. Several groups representing Arkansas landowners have filed a complaint in U.S. District Court challenging the Department of Energy’s use of a 2005 law to advance Clean Line’s Plains and Eastern project.

Similar cases are likely to emerge as other new approaches are tried. But Clean Line’s president, Michael Skelly, says the company is investing heavily to win these fights and set the legal precedents necessary to advance other projects.

“Our motto is leave no law firm behind,” he says.

Despite spending billions on adaptation, cities aren't keeping up with climate change.