Nuclear energy startup Transatomic Power has backed away from bold claims for its advanced reactor technology after an informal review by MIT professors highlighted serious errors in the company’s calculations, MIT Technology Review has learned.

The Cambridge, Massachusetts-based company, founded in 2011 by a pair of MIT students in the Department of Nuclear Science and Engineering, asserted that its molten-salt reactor design could run on spent nuclear fuel from conventional reactors and generate energy far more efficiently than they do. In a white paper published in March 2014, the company proclaimed its reactor “can generate up to 75 times more electricity per ton of mined uranium than a light-water reactor.”

Those lofty claims helped it raise millions in venture capital, secure a series of glowing media profiles (including one in this publication), and draw a rock-star lineup of technical advisors. But in a paper on its site dated November 2016, the company downgraded “75 times” to “more than twice.” In addition, it now specifies that the design “does not reduce existing stockpiles of spent nuclear fuel” or use them as its fuel source. The promise of recycling nuclear waste, which poses tricky storage and proliferation challenges, was a key initial attraction of the company and captured considerable attention.

“In early 2016, we realized there was a problem with our initial analysis and started working to correct the error,” cofounder Leslie Dewan said in an e-mail response to an inquiry from MIT Technology Review.

The dramatic revisions followed an analysis in late 2015 by Kord Smith, a professor of  nuclear science and engineering at MIT and an expert in the physics of nuclear reactors.

At that point, there were growing doubts in the field about the company’s claims and at least some worries that any inflated claims could tarnish the reputation of MIT’s nuclear department, which has been closely associated with the company. Transatomic also has a three-year research agreement with the department, according to earlier press releases.

In reviewing the company’s white paper, Smith noticed immediate red flags. He relayed his concerns to his department head and the company, and he subsequently conducted an informal review with two other professors.

“I said this is obviously incorrect based on basic physics,” Smith says. He asked the company to run a test, which ended up confirming that “their claims were completely untrue,” Smith says.

He notes that promising to increase the reactor’s fuel efficiency by 75 times is the rough equivalent of saying that, in a single step, you'd developed a car that could get 2,500 miles per gallon.

Ultimately, the company redid its analysis and produced and posted a new white paper.

To be sure, it would still be a notable accomplishment if the company could build a reactor that improved fuel energy efficiency over conventional reactors by a factor more than two. In addition, the new white paper notes the reactor could reduce waste by 53 percent compared to light-water reactors. The viability of the latter finding was recently verified by Oak Ridge National Laboratory.

But the analysis found that the reactor couldn’t sustain a fission chain reaction using spent fuel long enough for it to be a feasible option, as previously hoped, Dewan said in a subsequent phone interview. 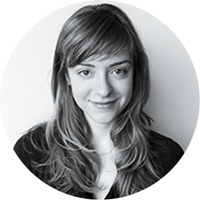 “I’m very glad that we have this robust technical analysis in place, confirmed by Oak Ridge, and we’re committed to moving ahead with our plans for low-cost, safe nuclear power,” Dewan said in her e-mail response.

“We decided to open-publish our analysis and the results, because we wanted people to be able to repeat the calculations and examine it directly themselves. Also, we’ve talked before about how the nuclear industry should increase transparency to build public trust, and wanted to practice what we preached.”

The company has previously said it intends to build a demonstration reactor by 2020, but that timeline has slipped to 2021, Dewan said during the phone interview.

“We certainly have a long road ahead of us,” she said, noting technical, engineering, supply-chain, and regulatory challenges. “But I think that momentum is on our side.”

Nuclear experts say that approval and construction of any advanced-reactor prototype requires a minimum of 10 years, given the extensive regulatory requirements of the Nuclear Regulatory Commission.

Smith stresses that the founders weren’t acting in bad faith, but he did note they didn’t subject their claims to the peer-review process early on.

“They didn’t do any of this intentionally,” Smith says. “It was just a lack of experience and perhaps an overconfidence in their own ability. And then not listening carefully enough when people were questioning the conclusions they were coming to.”

“We invested in Transatomic because of their reactor’s passively safe design and dramatically reduced costs and waste,” Scott Nolan, partner at Founders Fund, said in a statement. “Together, these unlock the viability of grid-scale, carbon-free energy production. These aspects of their design are stronger than ever and we’re extremely excited about the company’s execution and future potential.”

Rothrock said in an e-mail response: “I remain committed to Transatomic’s mission and plan. The world needs more nuclear power. And while we are still early days for [Transatomic Power], I’m encouraged [by the] results so far.”

Dewan says the company retains the faith of its investors, but she acknowledges it should have sought peer review or other forms of hard feedback earlier.

“In retrospect, that was a mistake of mine,” she said during the phone interview. “We should have open-published more of our information at a far earlier stage.”

Editor's note: This story was updated after publication to include a response from Founders Fund.