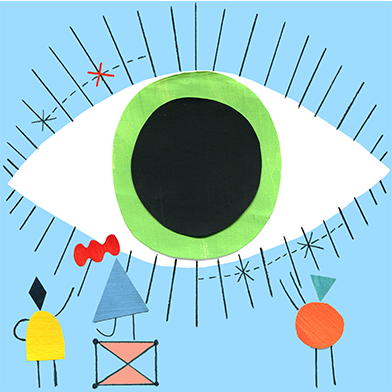 People on the autism spectrum are inspiring her novel approach to creating artificial intelligence.

“My research began in graduate school when I was working on artificial-intelligence systems and read Thinking in Pictures by Temple Grandin, a professor of animal science who talks about how her autism gives her this unique visual way of thinking compared to most people.

“I thought: That’s interesting. Most AI systems are not ‘visual thinkers’ like her. Most AI systems use variables, numbers, lists, and so on, and they reason using mathematical and logical operations. These systems are ‘verbal thinkers.’ What if you had an AI system that used data made up entirely of images and reasoned only using visual operations, like rotating images around or combining images together? If Temple Grandin can do amazing things because of her visual thinking abilities, it seemed to me that the same should be true of AI systems.

“I’ve been taking what we learn from people on the autism spectrum who have interesting visual abilities and building that into AI systems. It’s early, but I expect that they ultimately will be very valuable. If we want to help students learn to solve difficult problems, then we ought to have several AI tutors that can show students different ways of solving the same problem. If we want to help doctors find patterns of disease outbreaks, then we ought to have multiple AI analysts that can sift through the data using different styles of pattern finding.”

—as told to David Talbot