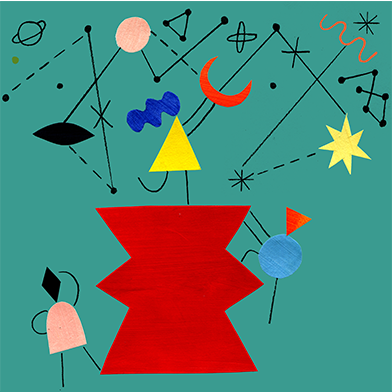 Pushing the edge of science, these innovators are creating new approaches to tackling technology challenges.

When he was 15 years old, Oriol Vinyals became obsessed with StarCraft, a video game in which three factions vie for control of the map—like chess if it were played not only with black and white pieces but also with red ones. Vinyals soon became the top-ranked player in Spain. “I almost knew the game would return later in my life,” he says. “I was fascinated by the artificial-intelligence problems it presents.”

It was more than a decade before Vinyals’s premonition came to pass. While he was studying at UC Berkeley, he helped to create an AI bot that was able to play StarCraft unassisted. The bot, forebodingly dubbed Overmind, represented a triumph in machine learning.

While he was working on the Google AI team, creating new techniques for translation, inspiration struck.

Later, while he was working on the Google AI team creating new techniques for language translation, inspiration struck. Vinyals decided to see whether a computer could accurately write a description of an image. It’s a form of translation, albeit from pixel to caption. “I remember it so well,” he says. “I changed a single line of code: instead of translating from French, I changed my code to input an image instead.” The next day, Vinyals showed his program a photograph of a busy market stall, the ground beside it littered with bananas. The caption read: “A group of people standing in the market buying fruits.” “It worked!” he recalls. “It wasn’t just saying ‘People on the street.’ It was reading the image with sophistication.” The technology, now being incorporated into Google Image Search, allows computers to caption images and show them to people who enter relevant search terms.

Vinyals and his coworkers have developed a technology now used in Gmail called Smart Reply, which automatically suggests short replies to e-mails. And now, having joined the team at Google DeepMind in London, he has come full circle. There, he is working to create computers that can teach themselves how to play and win complex games—not by hard-coding the rules but by enabling them to learn from experience.