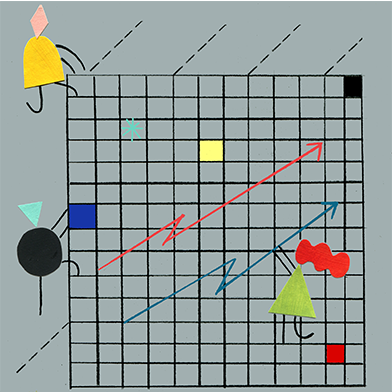 She sees a way to make Silicon Valley’s workforce look more like the rest of society.

When Stephanie Lampkin applied for an analytics job at a major tech company, she was offered a position in sales instead. To her, this was evidence of bias; she had a degree in management science and engineering from Stanford and had held other engineering positions. Whether or not her race or gender played a role (she is African-American), there’s evidence that recruiters often make initial judgments that have little to do with qualifications. A 2014 study concluded that a foreign-sounding name on a résumé could hurt the applicant’s chances of even getting an interview.

So Lampkin declined the sales job and sat down to code Blendoor, a job-search platform that hides the candidates’ names and photos during the initial stages of the process. So far more than 5,000 people have signed up, and the platform is being used by recruiters at Twitter, Airbnb, Facebook, Google, Microsoft, and Intel.

Lampkin hopes Blendoor chips away at the lack of diversity in Silicon Valley. “We’ve identified the greatest need with large tech companies,” she says. But while early users tend to be women and minorities, she says, “we want this to become a de facto recruiting tool for everyone.”