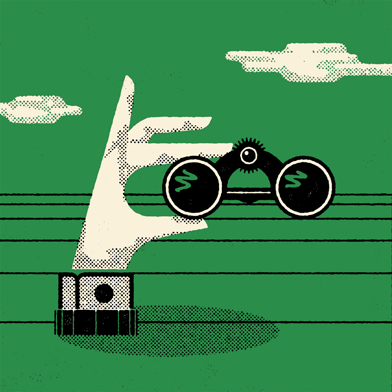 People who are reimagining how technology might solve perennial human problems.

Manu Prakash is determined to push down the cost of doing science. Expensive facilities, he says, limit knowledge and expertise to a privileged elite. So from his lab in Stanford’s bioengineering department, he’s producing instruments that enable people to undertake scientific explorations on the cheap.

Many of Prakash’s inventions have a surreal quality. Consider his $5 microfluidic chemistry lab. At a holiday gift exchange, his wife received a hand-cranked music box that used a piano-roll-style punch tape to sound notes. Prakash recognized the mechanism’s potential to combine chemical reagents according to a program (the punch tape), without electricity (thanks to the hand crank), at a fraction of the usual cost. He now makes the tiny labs from scratch.

Prakash was raised in northern India and has done fieldwork in Uganda, Ghana, and other developing countries, giving him a view of problems that might not be apparent in most well-equipped academic labs. His insights have led to devices like the Foldoscope, a research-grade microscope made of plastic-impregnated paper, which costs a mere 55 cents, and the OScan, a 3-D-printed smartphone add-on that helps diagnose the oral carcinomas that are responsible for 40 percent of cancer-related deaths in India. His aim, he says, is to put scientific tools in the hands of anyone with a question.