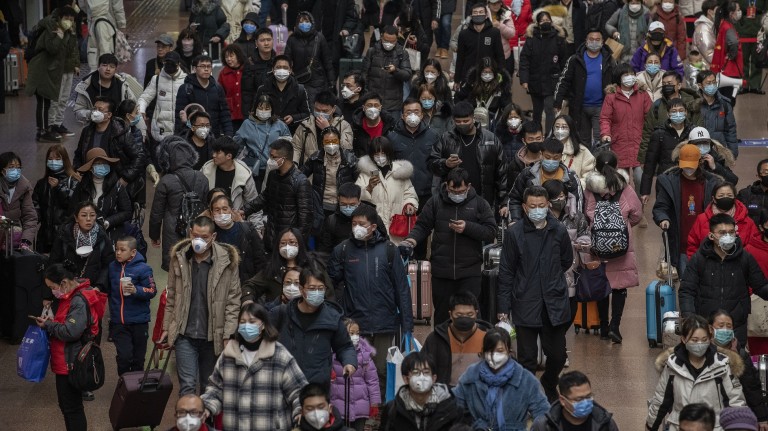 The World Health Organization in Geneva just declared that the epidemic virus spreading out of China is an international public health emergency.

The toll: So far, there are more than 8,000 confirmed cases of coronavirus in 22 countries and 171 deaths, according to statistics compiled by Johns Hopkins University. Nearly all the cases are in China, where the virus is believed to have first started circulating in November in the city of Wuhan.

The designation means the WHO has officially categorized the coronavirus as an extraordinary event that puts other countries at risk and needs a coordinated response. Though it is partly symbolic, under international health regulations the declaration allows the WHO to offer China more help, coordinate and mobilize international assistance, and make temporary recommendations on trade and travel.

No travel ban: Tedros, as he is called, said the WHO does not recommend limiting either trade or travel to China at this time. “In fact, we oppose it,” he said. The health organization said it would question border closures, quarantining of airplane passengers who aren’t ill, and similar steps. Some regions have taken such measures, including Hong Kong, which has sought to limit transportation to the Chinese mainland. British Airways and American Airlines said this week they would halt or limit flights to China as well.

What we know so far: The virus spreads person to person, and it takes about five days for someone to develop symptoms, including coughing, fever, and pneumonia. About 25% of those infected get very ill, and about 2% have died, primarily older people.

Delayed response: The WHO had come under criticism for not calling an emergency earlier, a step that required consultation with China. A week ago, the organization said the outbreak wasn’t yet an international emergency because the number of cases in other countries was small, and there was as yet no person-to-person spread outside China.

So far, 99% of confirmed cases are still in China. But the number of cases has soared, and a few cases of transmission have begun cropping up elsewhere as well. That was enough for the organization to reverse its position in an “almost unanimous” vote today, WHO officials said.

Betting on China: In its attempt to contain the spread of the germ, China has quarantined entire cities, including Wuhan, where the central government has cancelled rail, bus, and plane traffic.

During a press conference, Tedros was effusive in his praise of China and its president, Xi Jinping. “China is actually setting a new standard in terms of outbreak response,” he said. “We would have seen many more cases outside China by now, and probably deaths, if not for the government’s efforts."