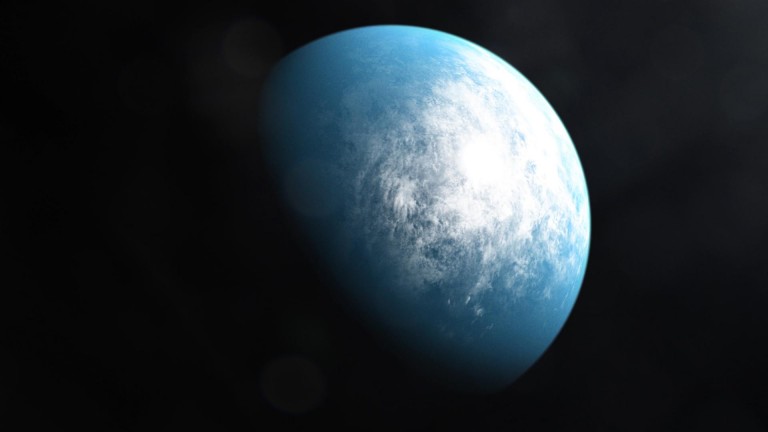 Tell me more: It’s called TOI 700 d. It orbits a red dwarf star about 40% less massive than the sun and half as cool. The planet itself is about 1.2 times the size of Earth and orbits the host star every 37 days, receiving close to 86% of the amount of sunlight Earth does.

Most notably, TOI 700 d is in what’s thought to be its star's habitable zone, meaning it’s at a distance where temperatures ought to be moderate enough to support liquid water on the surface. This raises hopes TOI 700 d could be amenable to life—even though no one can agree on what it means for a planet to be habitable.

A set of 20 different simulations meant to model TOI 700 d suggest the planet is rocky and has an atmosphere that helps it retain water, but there’s a chance it might simply be a gaseous mini-Neptune. We won’t know for sure until follow-up observations are made with some sharper instruments, such as the upcoming James Webb Space Telescope, which is planned for launch in March 2021.

How did we find it? TESS finds exoplanets using the tried-and-true technique of looking for objects as they're transiting in front of their host stars. Data from NASA’s Spitzer Space Telescope was also used to get some closer measurements of the planet’s size and orbit.

What’s TESS? It’s NASA’s newest exoplanet-hunting space telescope, the successor to the renowned Kepler Space Telescope that was used to find some 2,600 exoplanets. TESS, able to survey 85% of the night sky (400 times more than what Kepler could monitor), is about to finish its primary two-year mission but has fallen woefully short of expectations. NASA initially thought TESS was going to find more than 20,000 transiting exoplanets, but with only months left it has only identified 1,588 candidates. Even so, the telescope’s mission will almost surely be extended.