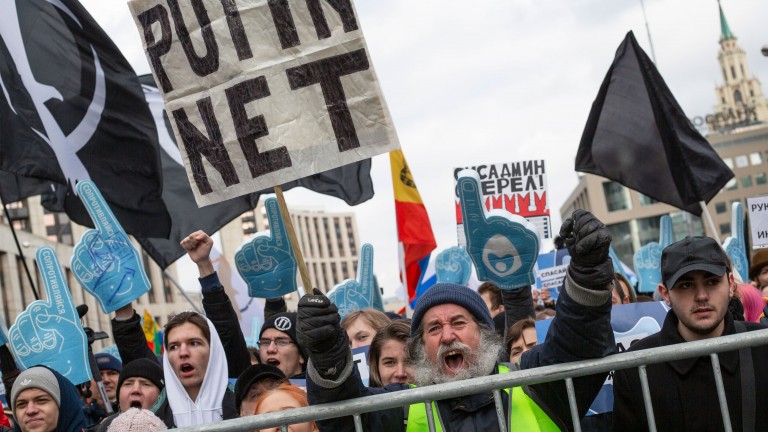 The news: The law, which was signed by President Putin in May,  gives Russia’s telecommunications watchdog, Roskomnadzor, the power to block access to content that the government sees as a security threat. (We wrote about what Russia is planning in more detail earlier this year. Read that piece here.) The goal is to make Russia’s internet independent and easier to defend against attacks from abroad.

What it allows: From today, Russia’s internet service providers must have so-called deep packet inspection network equipment installed. This tech can identify the source of traffic and filter content. The law also requires the creation of a homegrown version of the internet’s address book: the domain name system (DNS). This would make it easier for authorities to redirect traffic without Russian users noticing, effectively creating an alternate reality within Russia’s borders. This part is technically complex, however, and won't be ready to launch yet.

Reaction: Thousands of Russians protested against the law earlier this year, to no avail. Civil rights groups have also reacted with concern. Human Rights Watch said the vague definition of “security threats” gives the government too much power over what it reroutes or blocks.

“Now the government can directly censor content or even turn Russia’s internet into a closed system without telling the public what they are doing or why,” Rachel Denber, the group’s deputy Europe and Central Asia director, said in a post on its website. “This jeopardizes the right of people in Russia to free speech and freedom of information online.”