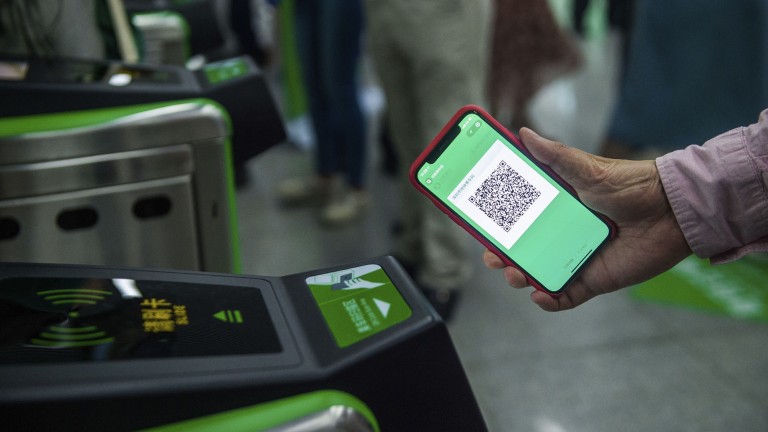 If Facebook’s digital currency ever gets off the ground, it will threaten the business of China’s massively popular digital payment platforms Alipay and WeChat Pay, according to Tencent, one of the country’s largest tech companies.

The news: According to a report by CoinDesk, Tencent, the company behind WeChat, published a Chinese-language report this week that included this tidbit: “Any internet company that has a relatively mature digital payment system, such as WeChat Pay and Alipay, would be threatened by the stablecoin if it is ever launched.” Besides being ubiquitous in the immense Chinese market, the two platforms have expanded into many other countries. But Facebook, with its more than 2 billion users, still has the biggest global network.

Coincidence: In a hearing in front of the US Congress yesterday, Facebook CEO Mark Zuckerberg urged policymakers to see the company’s proposed digital currency, Libra, as a potential instrument of US power. As currently envisioned, Libra will be backed by a reserve composed of several sovereign currencies. But since the reserve will “mostly” be made up of dollars, Zuckerberg argued, it will reinforce America’s substantial influence over the global financial system—particularly with respect to China.

Distributing the digital renminbi: Facebook’s Libra proposal appears to have accelerated China’s long-standing plans to issue a digital version of its currency. Not only does China plan to release the currency “in the coming months,” but it has ambitions to “export” the digital money around the world, Zuckerberg told Congress.

Some foreign policy analysts agree that China seems to have global ambitions for the digital renminbi. If that’s true, WeChat pay and Alipay could be used to distribute it. In September, Mu Changchun, deputy director of the People’s Bank of China’s payments department, confirmed that the forthcoming digital tokens will be compatible with these platforms. He also said the currency will bear certain unspecified similarities with—you guessed it—Libra.