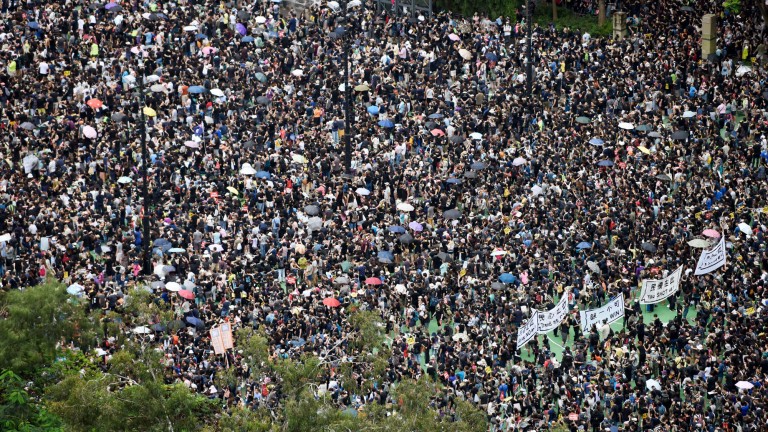 China’s official state news agency Xinhua is promoting tweets attacking the protesters and claiming they do not have wider support.

The news: Twitter has found itself at the center of an escalating clash between China’s government and the protesters in Hong Kong, who have been fighting a (since suspended) bill that would permit extradition to the mainland. Organizers claim 1.7 million people—a quarter of Hong Kong’s population—staged a peaceful march yesterday.

The ads: The promoted tweets from Xinhua claim the protests are becoming increasingly violent and there is widespread support for “order to be restored,” among other claims, as highlighted by an account on Twitter called Pinboard. “If you work at Twitter, I’m asking you on bended knee to make it stop. Don't be complicit in this,” they posted.

Twitter’s response: A spokesperson said the advert flagged has been removed for violating its advertising policies. Specifically, it said it had broken its “inappropriate content” rules.

The propaganda war: Even though both Facebook and Twitter are banned in China, that has not stopped the government from trying to shape political discussions on the platforms (China is the second-largest country for Facebook ad revenue after the US). The purpose of the Xinhua ads may be to encourage protesters to think that support for their cause is dwindling, or to influence international observers.