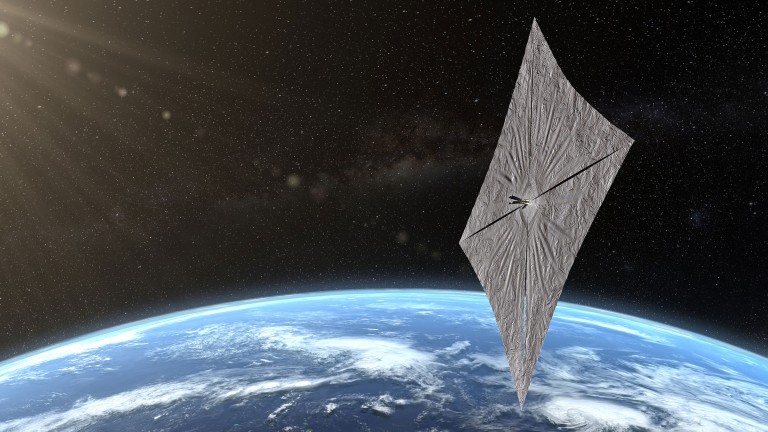 The spacecraft is now  harnessing sunlight to power itself on low Earth orbit.

The news: Engineers pushed a button yesterday to unfurl LightSail2’s sails, which have a surface area of 340 square feet (32 square meters) and are thinner than a human hair.

How it works: Rather than using wind to move, solar sails harness the energy of photons from the sun as they strike its sails. This doesn’t provide much power initially, but momentum builds up over time, letting LightSail2 accelerate. Engineers on the ground can steer it by adjusting the angle of the sails, much the way you would a boat. The craft sent back its first photos of Earth earlier this month.

Background: LightSail2 was part of the cargo on board SpaceX’s Falcon Heavy rocket, which launched four weeks ago on June 25. The Planetary Society had waited for a decade to launch the solar sail, which it paid for by crowdfunding. LightSail1, its predecessor, unfurled its sails in 2015 but fell back to Earth after just a few days. The Japanese space agency, JAXA, has also successfully flown a solar sail in the past.

But the idea for solar sails is much older. Although it was first proposed by the astronomer and science writer Carl Sagan in the 1970s, it was imagined way back in the 1600s by German astronomer Johannes Kepler, after he observed comet tails being blown by what he thought to be a solar “breeze.”