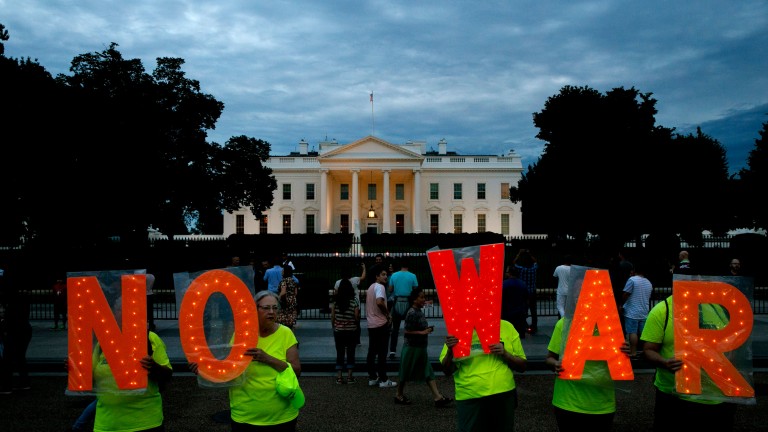 The attack was in response to the downing of an unmanned US surveillance drone last Thursday.

The news: The attack on Iran was conducted by US Cyber Command, targeting computer systems used to control rocket and missile launches, according to the Washington Post. There were no deaths and it was deemed “very” effective, officials told the Wall Street Journal. US officials declined to comment on the attack. In an interview yesterday, Vice President Mike Pence told CBS: “We never comment on covert operations.”

Long time coming: The attack had been in the works for weeks, if not months, but it’s likely that escalating tensions in the region accelerated its launch. President Trump had tweeted that "Iran made a very big mistake" by shooting down the US surveillance drone over the Strait of Hormuz, compelling anti-war protesters to gather outside the White House on Thursday night (pictured above.) Trump then ordered a bombing strike against three targets in Iran, but changed his mind at the last minute.

Blurring boundaries: There is much we still don’t know about the attack: how it was carried out, exactly what the target was, how it worked technically, and so on. However, it’s a clear example of the way the lines between physical and digital warfare are blurring. Last month Israel launched a missile attack on Hamas operatives it said were engaged in cyber warfare, for example.