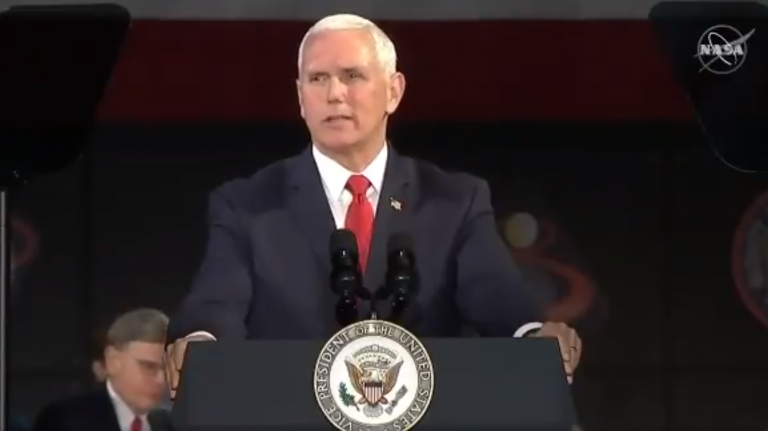 Vice President Mike Pence issued a challenge to NASA today to get back to the moon within five years.

We choose to go to the moon (again): Pence made the 2024 declaration at today’s National Space Council meeting. “The National Space Council will send recommendations to the president that will launch a major course correction for NASA, and reignite that spark of urgency that propelled America to the vanguard of space exploration 50 years ago,” he said.

Pole position: Pence said the target for the journey is a landing at the lunar south pole, where deposits of water ice are known to reside. He said the area holds great scientific and strategic value.

What’s it going to take? Some quick work on rockets, and money. Pence urged an acceleration of work on the Space Launch System, which has suffered many delays. As for cash, NASA’s percentage of the federal budget right now is a fraction of what it was during the Apollo years. In 1966 it had nearly 4.5% of the budget. For the next fiscal year it’s currently allocated to have about 0.4%. To realistically make this goal happen, NASA’s numbers will need quite a spike.