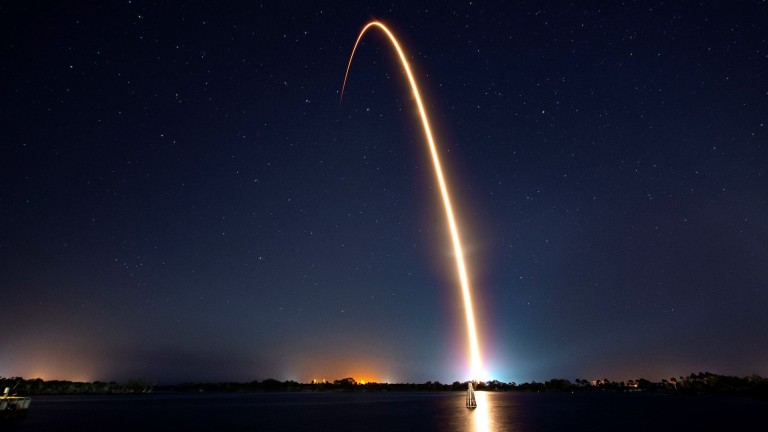 The craft was successfully deployed from SpaceX’s Falcon 9 rocket yesterday.

The news: Israel-based organization SpaceIL had its lander, Beresheet, launched successfully at 8:45 p.m. on February 21, starting its 40-day journey to the moon. During SpaceX’s live broadcast it was confirmed that SpaceIL had received a signal from the craft and that its landing legs had deployed.

The mission: The lander launched alongside the primary payload, the Indonesian telecommunications satellite Nusantara Satu, which was deployed without issue. SpaceX also launched and recovered its first-stage booster on a drone ship in the Atlantic Ocean, despite what it called difficult landing conditions. Sparks were visible emanating from the base heat shield during the landing video as a result of what SpaceX CEO Elon Musk tweeted was the “highest reentry heating to date.” It’s the third time that booster has been launched and recovered, with its next launch planned for April.

What’s next: Over the ensuing month, SpaceIL’s Beresheet will perform a series of phasing loops (elliptical orbits that slowly get further away from Earth) until it can enter lunar orbit. It’ll then spend six days orbiting the moon until it goes in for a landing. Its first landing opportunity will come on April 11. Success would put Israel on the map as the fourth country to soft-land a spacecraft—that is, achieve a non-crash landing—on the lunar surface (see “The first privately funded trip to the moon is about to launch”).