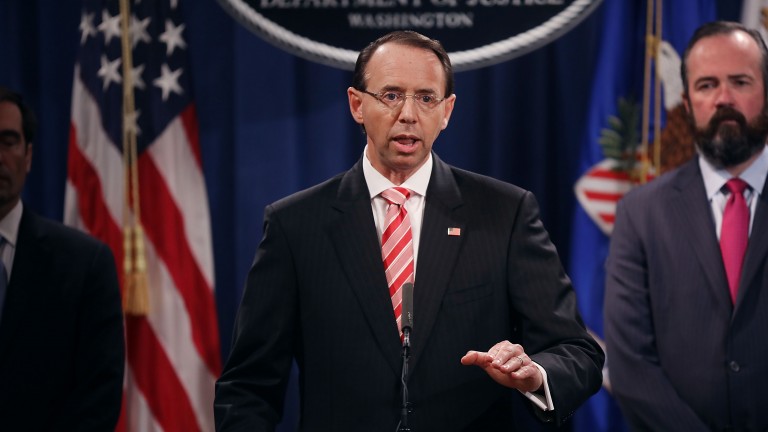 Among the many new details in today’s indictment (PDF) of 12 Russian intelligence officers for cyberattacks meant to interfere with the US presidential election in 2016, one in particular should stand out to techies: the defendants allegedly used Bitcoin to fund the operation.

A web of dark money: According to the US Department of Justice’s indictment, the defendants “conspired to launder” more than $95,000 “through a web of transactions structured to capitalize on the perceived anonymity of cryptocurrencies such as Bitcoin.” They allegedly mined coins and acquired them “through a variety of means to obscure the origin of the funds,” which were used to finance cyberattacks against Democratic party officials, members of Hillary Clinton’s campaign, and others.

Cat and mouse: Though the indictment says they used hundreds of different e-mail accounts with fake names to handle Bitcoin payments and cover their tracks, investigators linked messages from “several dedicated email accounts” to corresponding transactions on the Bitcoin blockchain. According to the indictment, the defendants also sometimes facilitated Bitcoin payments on the same computers they used to “conduct their hacking activity.”

The takeaway: If you weren’t convinced that cryptocurrencies are a magnet for would-be money launderers, this should help. Beyond that, though: Bitcoin is not anonymous! Using clues from outside the internet, which the Mueller team clearly had, it’s quite possible to follow the money on the blockchain and root out individuals behind the transactions (see “Criminals thought Bitcoin was a perfect hiding place, but they thought wrong”).