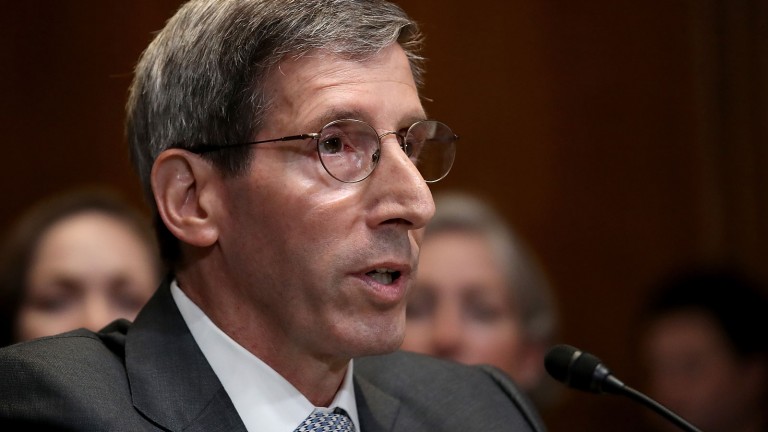 The regulator’s outreach comes as it’s facing stiff criticism for being too soft on Google, Facebook, and other tech giants.

The news: The FTC, which is responsible for consumer protection issues, has announced public hearings where it will solicit ideas for tackling digital-age challenges. Top of the list are ways to deal with the immense power of these internet giants. (For more background about the risks this power poses and some novel ways to rein in the companies' clout, see "It's time to rein in the data barons" from our July/August magazine issue.)

The criticism: The review has been launched by Joe Simons, the new Republican head of the agency (pictured above), which also boasts a slew of new commissioners. Simon, who joined the FTC in May, will hopefully lead a tougher committee than the prior one. The previous regime was criticized for being slow to respond to scandals like the Cambridge Analytica affair, in which sensitive Facebook data of 87m people was shared without their consent or knowledge.

Why this matters: Europe has taken the lead in policing the tech giants, including fining Google 2.4 billion euros ($2.7 billion) last year for antitrust violations. The EU's new privacy regulations impose strict limits on what firms can do with people’s personal data. America badly needs tougher tech policing and tighter data protection rules too. Advocates for more robust enforcement are already calling on the FTC to reopen the antitrust investigation into Google that it shelved in 2013, and to punish Facebook for data violations associated with Cambridge Analytica. The agency’s new listening tour should give the public a way to influence the FTC's plans, and hopefully won't be an excuse to delay holding Big Tech accountable.