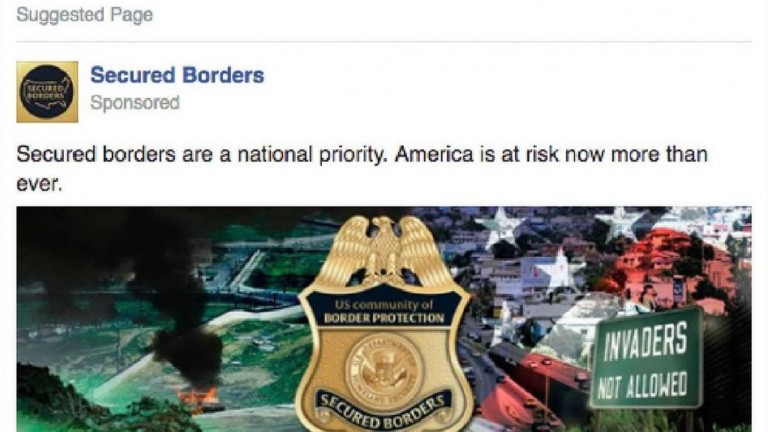 The stash shows how the ads’ messaging evolved as the election neared.

The news: Democratic members of the House Intelligence Committee published more than 3,500 Facebook advertisements (one pictured above) that were purchased by the Russian Internet Research Agency. The documents released included information on how many people saw and clicked the ads, who they were targeted at, and what the ads looked like.

How the ads were used: The targeting in 2015 was more general, but by 2017 the ads were focused on specific cities, job titles, and employers. Many touched on social and racial issues, rather than directly mentioning the election. One even pitted Beyoncé fans and haters against each other.

Why it matters: The ads paint the clearest picture to date of how Russian groups used Facebook. With midterm elections now looming, it’s a reminder of how hackers and external groups can cause chaos in the American democratic process.