Technological job loss is nothing new—but is this time different? 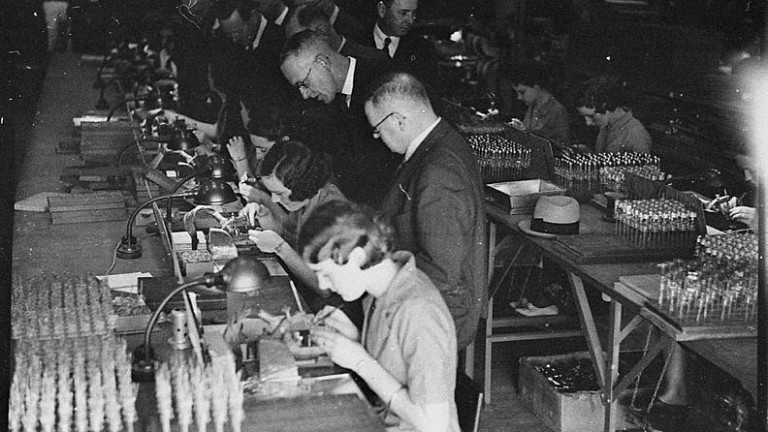 A new report by Barclays, out Wednesday, takes a look at whether today’s tech advances will have a more drastic impact on human work than those of the past.

The old days: “Historically, technological advances have not resulted in fewer jobs available to humans, but ... led to the creation of new opportunities,” says Barclays CEO Jes Staley.

Data, data, data: The report outlines three reasons why artificial intelligence has been able to make such huge inroads into areas of work that humans previously dominated.

1. We create way more data, which is what AI needs to learn from.
2. Digital storage is cheaper, so it’s easier to hang onto all that data.
3. Computing power has increased, so it’s possible to crunch through ... all that data.

The human advantage: While AI and robots are inching closer to human capabilities, the report says humans are maintaining a lead over robots in the workplace. That’s because of our innate ability to process sensory input, learn, perceive, and understand context.

So, is it different? In most respects, no. But Barclays warns of the possibility that wages could plummet as never before, and data privacy issues could worsen as the relentless pace of automation marches on.

This story first appeared in our future of work newsletter, Clocking In. Sign up here!