The Next Moon Mission Might Be Sponsored by a Soda Company 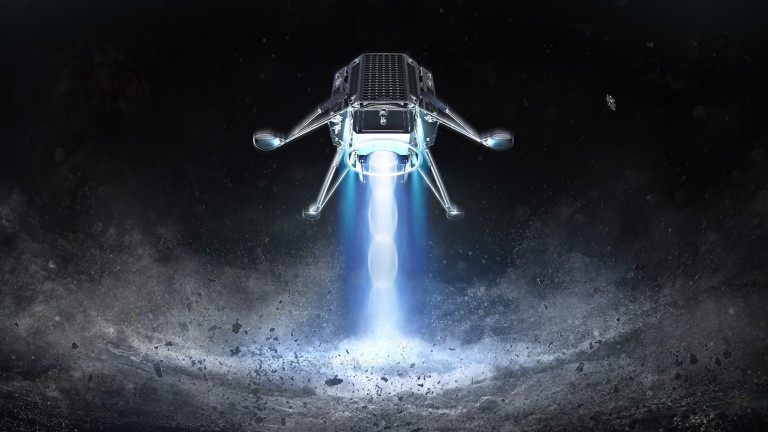 When humans next set foot on the moon’s surface, the scene may be a bit different from what was there on the first visit. Rather than an astronaut walking out of a clunky pod emblazoned with their country’s name and planting a flag, picture a lunar lander tricked out with NASCAR sponsorship and a banner flashing a Coke Zero or Bank of America logo, positioned for the perfect marketing shot.

This is the future of space that Tokyo-based Ispace  is banking on. “Human beings aren’t heading to the stars to become poor,” says Takeshi Hakamada, CEO of Ispace. “That’s why it’s crucial to create an economy in outer space.” According to Bloomberg, the company is going as far as proposing what is essentially a billboard on the moon. The “projection mapping surface” will broadcast corporate logos, allowing for the perfect promotional photo opportunity. Sure, you could just Photoshop the image, but Ispace thinks people will pay for the real thing.

Apparently, other people believe in this potential, too. Ispace, which plans to land on the moon by 2020, announced today that it’s raised $90 million to bring advertising and private experiments to our lunar neighbor. More broadly, space is attracting entrepreneurs and investors who want to be the first to lay claim to resources or find some other way to monetize the final frontier. From asteroid-mining companies looking to grab the minerals floating nearby to Elon Musk creating a business out of space exploration, businesspeople find our solar system teeming with possibilities—if they have the cash to back up their ideas, at least.

With President Donald Trump signing a new directive on Monday to focus the U.S. space program on returning to the moon, attention is focused once again on this target for human expansion into space. This time, though, our NASA spacecraft may be sharing the skies with flying advertisements.