The Russian Fake-News Problem Keeps Getting Bigger, and It’s Feeding Off Americans’ Angst 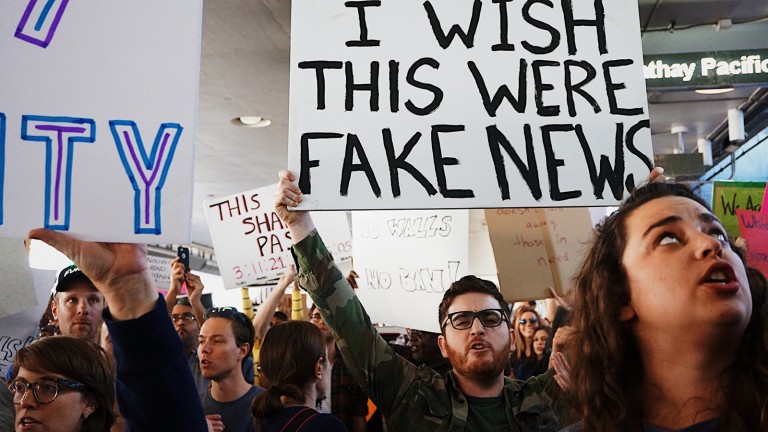 Mark Zuckerberg’s social network has borne the brunt of the criticism about the proliferation of Russia-linked ads during the 2016 presidential race. Rightly, you could argue, given that 10 million Americans have seen such content on its pages.

But other Internet firms are now admitting that they have had a similar problem. At the end of September, Twitter announced that it had found Russian ads on its network. Yesterday, Google explained that it had found evidence of ads from Russia appearing on its YouTube, Gmail, and search platforms (which appear to be coming from different sources than those found on Facebook). Microsoft has also kicked off its own probe into the problem.

Adding a particularly painful knife-twist is a new New York Times report, which sought to find out where a lot of the content in Facebook’s Russian ads came from in the first place. From the newspaper:

One of the most powerful weapons that Russian agents used to reshape American politics was the anger, passion and misinformation that real Americans were broadcasting across social media platforms. The Russian pages … cribbed complaints about federal agents from one conservative website, and a gauzy article about a veteran who became an entrepreneur from People magazine … [T]heir use of borrowed ideas and arguments from Americans, which were already resonating among conservatives and liberals, demonstrated a deft understanding of the political terrain.

In short: Russian actors weaponized American sentiment to warp the political system, and the companies providing the (relatively) new technologies used to drop the political time bombs weren’t prepared for their existence or impact.